Archive of the Alternative Theatre 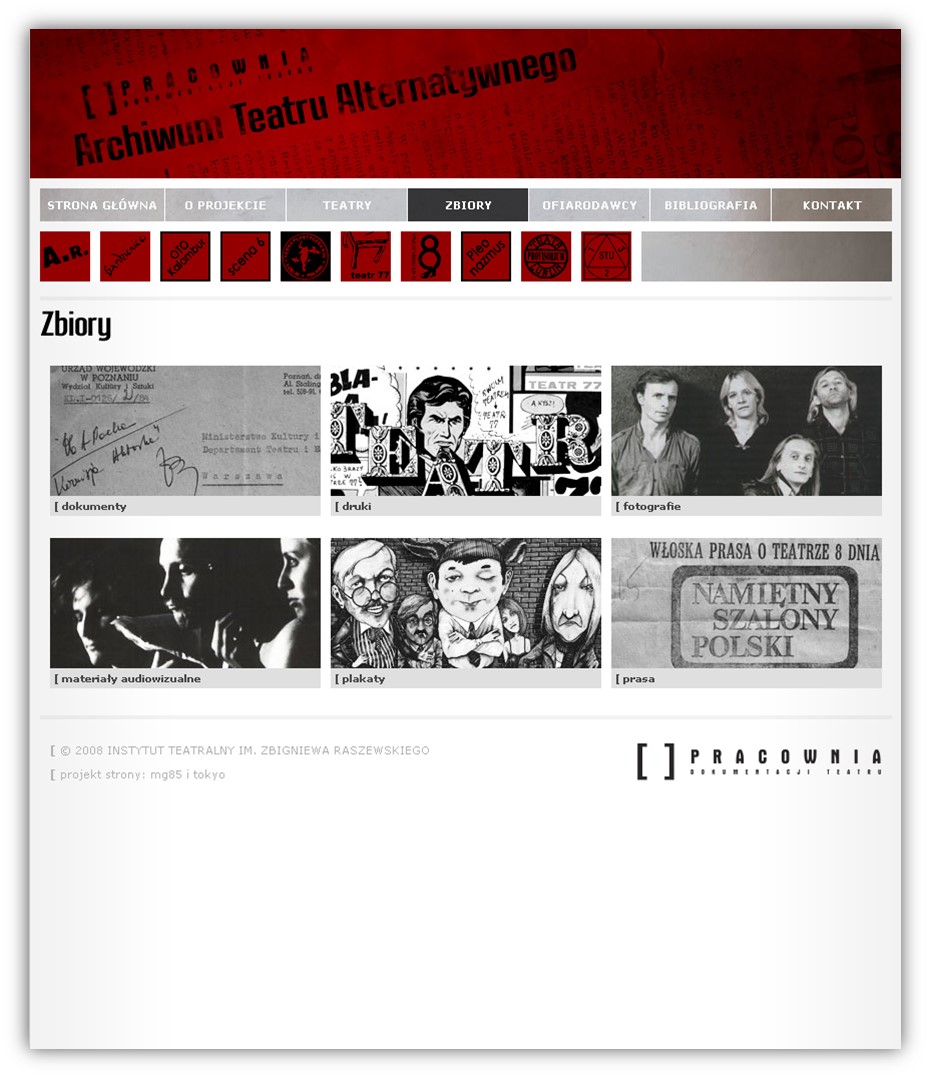 The Alternative Theatre Archive is a research and archival project led by the Zbigniew Raszewski Theatre Institute in Warsaw with support of the KARTA Center Foundation. Its aim is to collect, gather in one location and digitize documents, prints, recordings, photographs and all other archival materials on the alternative theatre movement in Poland in the 1970s and the 1980s.