Flyer of the Vienna Volkstheater on a solidarity event for Václav Havel, 5.3.1989 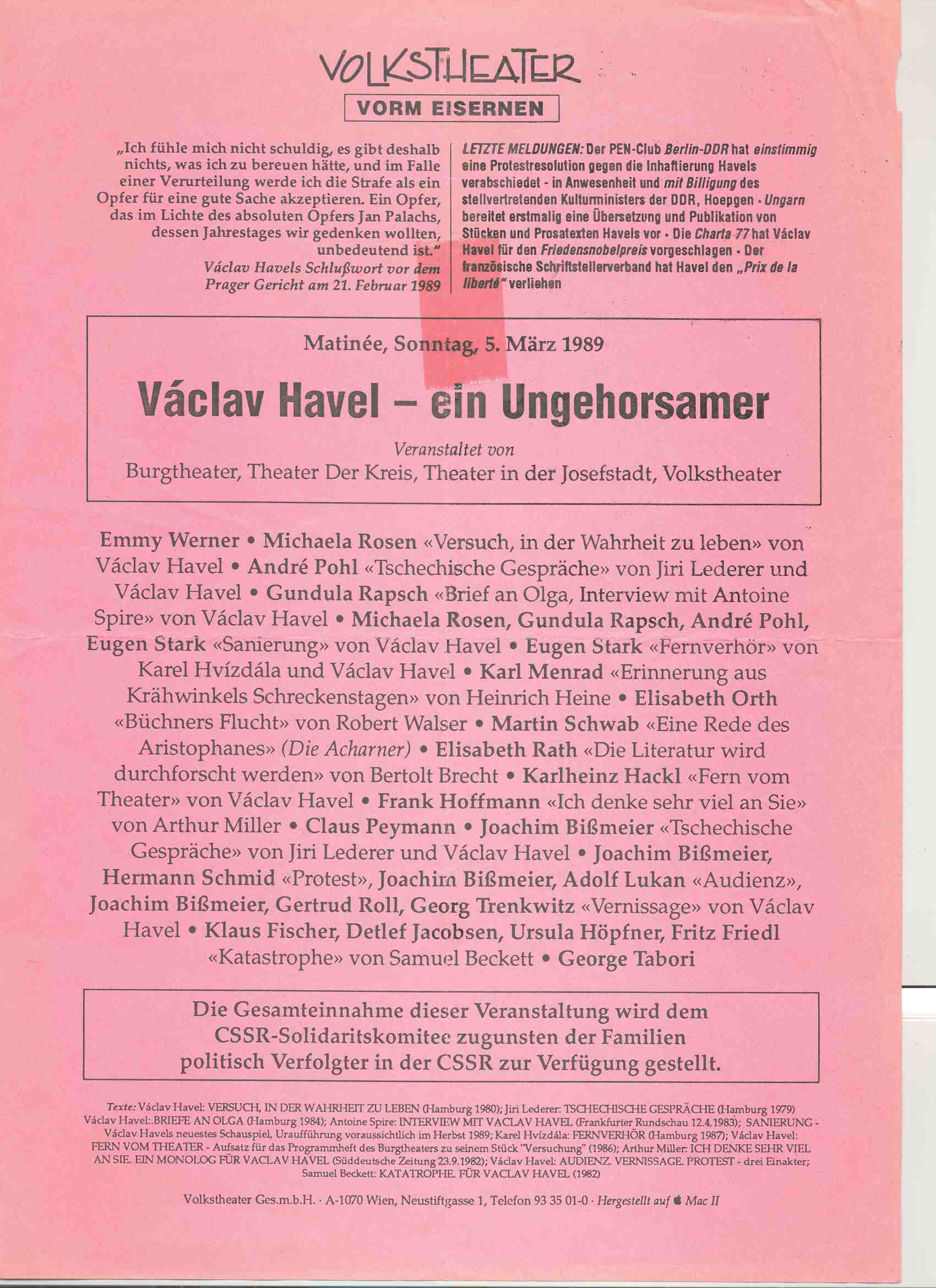 A flyer for a solidarity event held at the Vienna Volkstheater on March 5, 1989, by large Viennese theaters to support Václav Havel. Václav Havel was arrested on January 16 for attending a demonstration during Palach Week, and in February was sentenced to nine months in prison. After his appeal and many foreign protests, the sentence was reduced and Havel was conditionally released in May 1989.

The leaflet shows the interest of the western public in the fate of Václav Havel, the most prominent representative of the Czechoslovak cultural and political opposition.