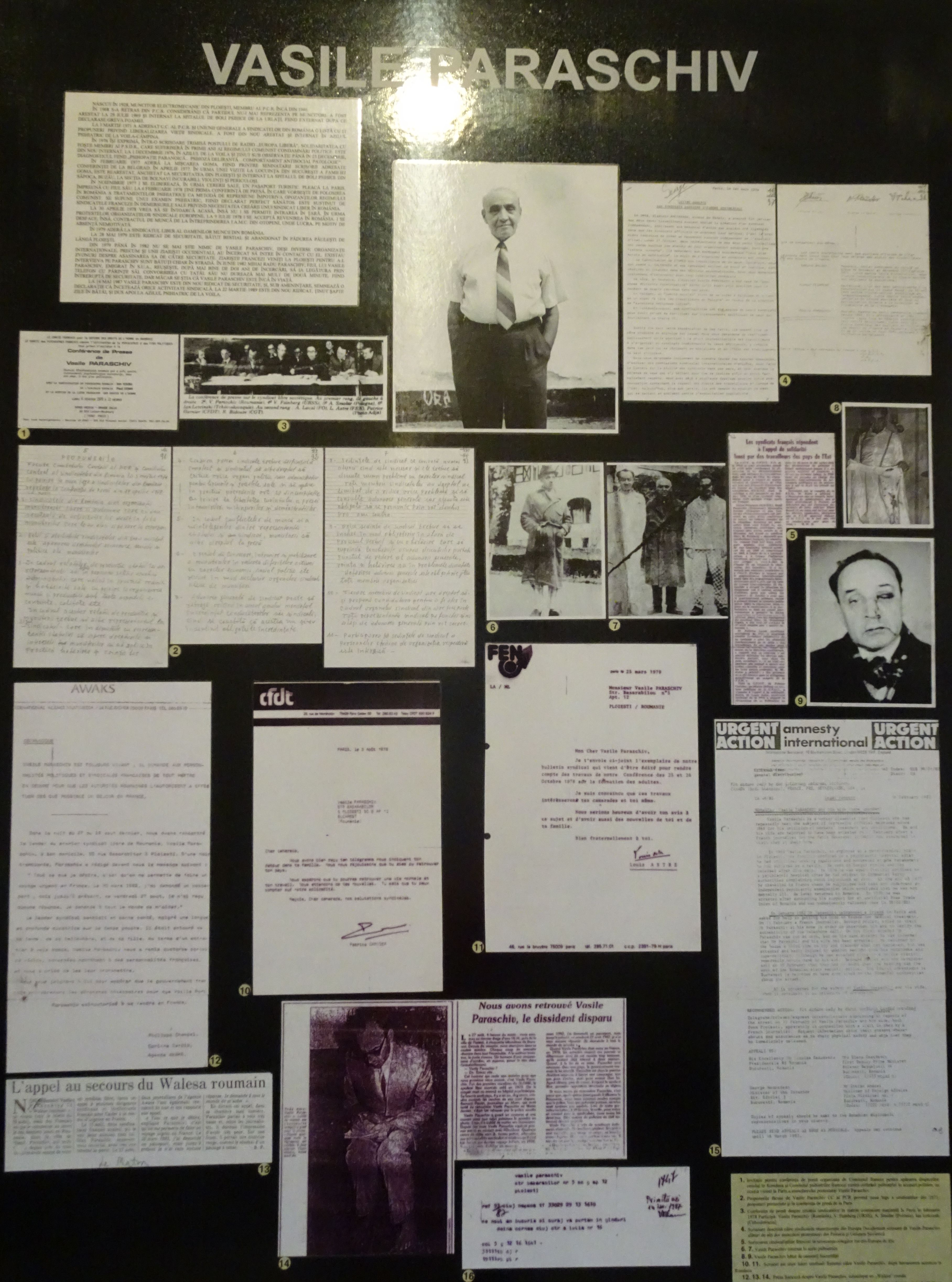 Vasile Paraschiv’s testimony is filed at number 2164 in the oral history archive of the Sighet Memorial. The interview, whose summary extends to three pages, was taken by Mihai Chiru in 2005 in Piteşti, on the occasion of the symposium “The Piteşti Phenomenon: Re-education by Torture” organised annually by the Association of Former Political Prisoners, the County Museum in Piteşti, and the local authorities in the city, in collaboration with other relevant institutions. This symposium is emblematic for the exceptionalism of communism in Romania: it symbolises the mixing of victims and torturers that was experimented with in several prisons, among them that of Piteşti – the uninterrupted torturing of political prisoners with the help of some of their cellmates, with the aim of completely destroying the personalities of the latter.

Vasile Paraschiv’s testimony was initially stored on a 60-minute Sony audio cassette, but it now also exists in digital format. His testimony sums up the main stages in the violent confrontations that this worker had with the communist state’s apparatus of repression, and the most important episodes in the periods in which he was under political arrest. More precisely, the themes touched on by Vasile Paraschiv in this oral history interview are the following: his renunciation of the status of Romanian Communist Party (PCR) member in November 1968; his public letter of 1971 in favour of the creation of a Free Trade Union; his expression of solidarity with the movement for human rights initiated by Paul Goma in 1977; the refusal of the communist authorities to let him back into Romania on his return from a visit to France in 1978, during which he had given numerous interviews regarding his personal experience of psychiatric repression; and the last years of Romanian communism and his final confrontations with the Ceauşescu regime.

Regarding his experience of psychiatric repression, the most relevant testimony refers to the abuses that he suffered after he adhered to the human rights movement initiated by Paul Goma. “In February 1977, I met the writer Paul Goma, I signed his open letter to the Helsinki follow-up conference at Belgrade, and I was again arrested by the Securitate, who were keeping watch on my home, and taken to the Bucharest Militia, Drumul Taberei district, where they asked me and put pressure on me to give a declaration in which I would retract the signature I had put to Paul Goma’s letter. I refused to do this and for this reason they beat me; they mistreated me until I lost consciousness. For many minutes I was completely knocked out. After midnight I was loaded into a car and taken to the Securitate in Ploieşti, and from there, the next morning, I was again admitted to the Săpoca mental hospital, Buzău county, where I was checked in by the hospital director, Dr Anton Nicolau. Without asking me anything, why I had been brought there, because I was brought by two militiamen in uniform, he gave orders for me to be admitted to Section 2 of the hospital, which was the section for dangerous patients, people who were incurable, were violent, were truly dangerous,” says Vasile Paraschiv in his testimony. He continues with a shocking account of what he experienced during his political detention in the hospital: “If at the Militia in Drumul Taberei, Bucharest, I saw death close up, at Section 6 in Săpoca, Buzău county I saw Hell on earth. Here men and women half naked, with bare breasts, unkempt hair, faces covered with blood, torn dresses, were going round all the time in a state of agitation, the men marching and singing, commanding, some of them songs of grief, others songs of longing – it was a veritable Hell. I forgot to say that in all the other hospitals where I was, at Urlaţi and Voila, no one made me, no one obliged me to follow any kind of treatment; I was just admitted and kept there under observation; no one gave me anything. At the Săpoca Hospital, however, Dr Anton Nicolau, who as an agent of the Securitate obliged me to follow a medical treatment for out-patients. The nurses would put five to seven, maybe more pills in my hand and oblige me to swallow them; I put them in my mouth and then slipped them under my tongue; they gave me a glass of water and I had to open my mouth; I opened my mouth and after that they told me I was free. I went to the lavatory and threw them all down there. I’m convinced, and the doctors can confirm, that if I had swallowed those pills I would have become a real patient and I wouldn’t be here in front of you today. This idea, of putting the pills under my tongue, I’ve wondered how it came to me, and I’ve come to the conclusion that God gave it to me, because otherwise I would be long dead.” Vasile Paraschiv was one of the few direct witnesses of psychiatric repression in Romania, which constituted one of the most barbarous methods of annihilating those who criticised the communist regime, and which was used even after the political detainees were officially released from the prisons in 1964.