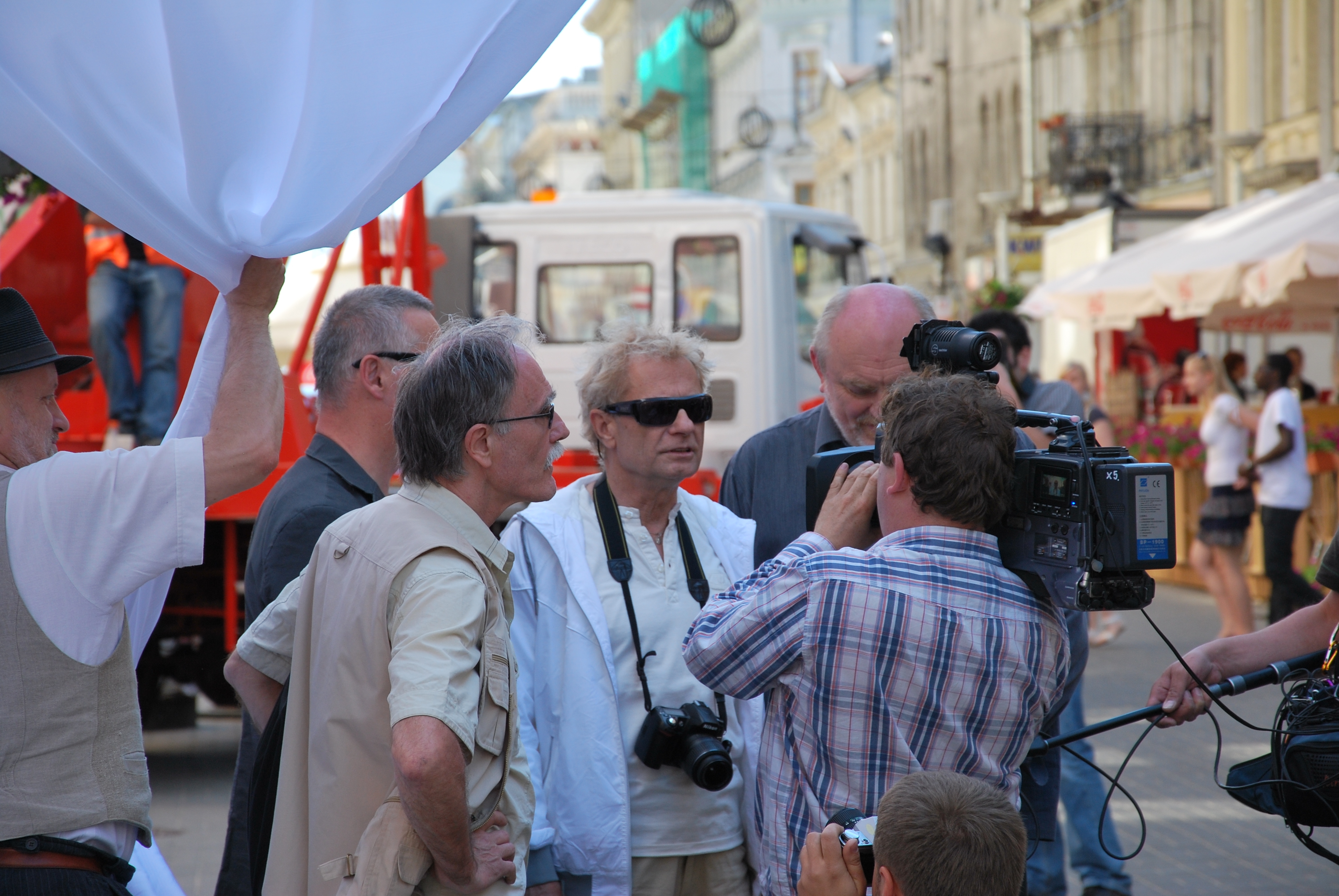 Marek Janiak (born 1955) is an architect both by profession and education, however mainly known for being a member and the leading ideologist of the Łódź Kaliska group, the author of Liberating exercises (Ćwiczenia wyzwalające) camera performances and the participant of the Pitch-In Culture.

In the first of these texts Janiak states that the embarrassing art “perhaps embarrasses with its frankness and by breaking a taboo, which is the non-disclosure (privacy) of your struggle with the «necessity» of thoughtful functioning in the society that has been imposed on you, your struggle with the compulsion to adapt constantly to this functioning” and “it relates to the following terms: failed, trivial, stupid, vapid, repetitive, pedestrian, illogical, unreasonable, inconsistent, noncommunicative, unrevealing, unoriginal, indifferent, cynical, unconstructive, unobvious, inconsequent, not good, embarrassing, carefree, null, plagiarism, dull, weak, primitive, thoughtless, confused terms, disorderly, few”. In accordance with this concept the artist placed a banner above the site of the 1981 Osieki artistic plein-air, which read: “Temple of embarrassing and other art”.

The series of objects in For the rational art — embarrassing art (Sztuce racjonalnej – sztuka żenująca) from the beginning of the 1980s, and most importantly the 1987 Liberating exercises constituted a realisation of the ideas put forward in the manifestos and other theoretical statements. Janiak would carry out senseless activities, e.g. he would try to balance a stick on the tip of his nose or move around a massive desk, or break a glass with his head and shove Zbigniew Libera out of the frame. These actions presented the exhaustion of the avant-garde ethos and the embarrassing impossibility of new creation, as well as the sense of loneliness, and the need to compete in the world of art.

Aside from Łódź Kaliska, Janiak co-created another group from Łódź — the City Hall. He also actively participated in the Pitch-In Culture in the years 1981-1987, and was the creator of numerous pages of the Tango magazine. At the end of the 1980s Janiak conceptualised the postmodernist turn in the activities of Łódź Kaliska. In the later years he remained an active member of the group. He was also was a member and, for many years, the president of the Ulica Piotrkowska Foundation. In 2011 he took office as the architect of the City of Łódź. As a professor at the Łódź University of Technology he lectures on photography and interior design at the Institute of Architecture and Urban Development, and at the Academy of Fine Arts in Łódź.

Throughout the major part of the 1980s Janiak was one of the key figures of Łódź artistic underground. He not only dissented against official cultural institutions, but also against patriotic, committed or any other socially-useful type of art. He also had no ties to political opposition.