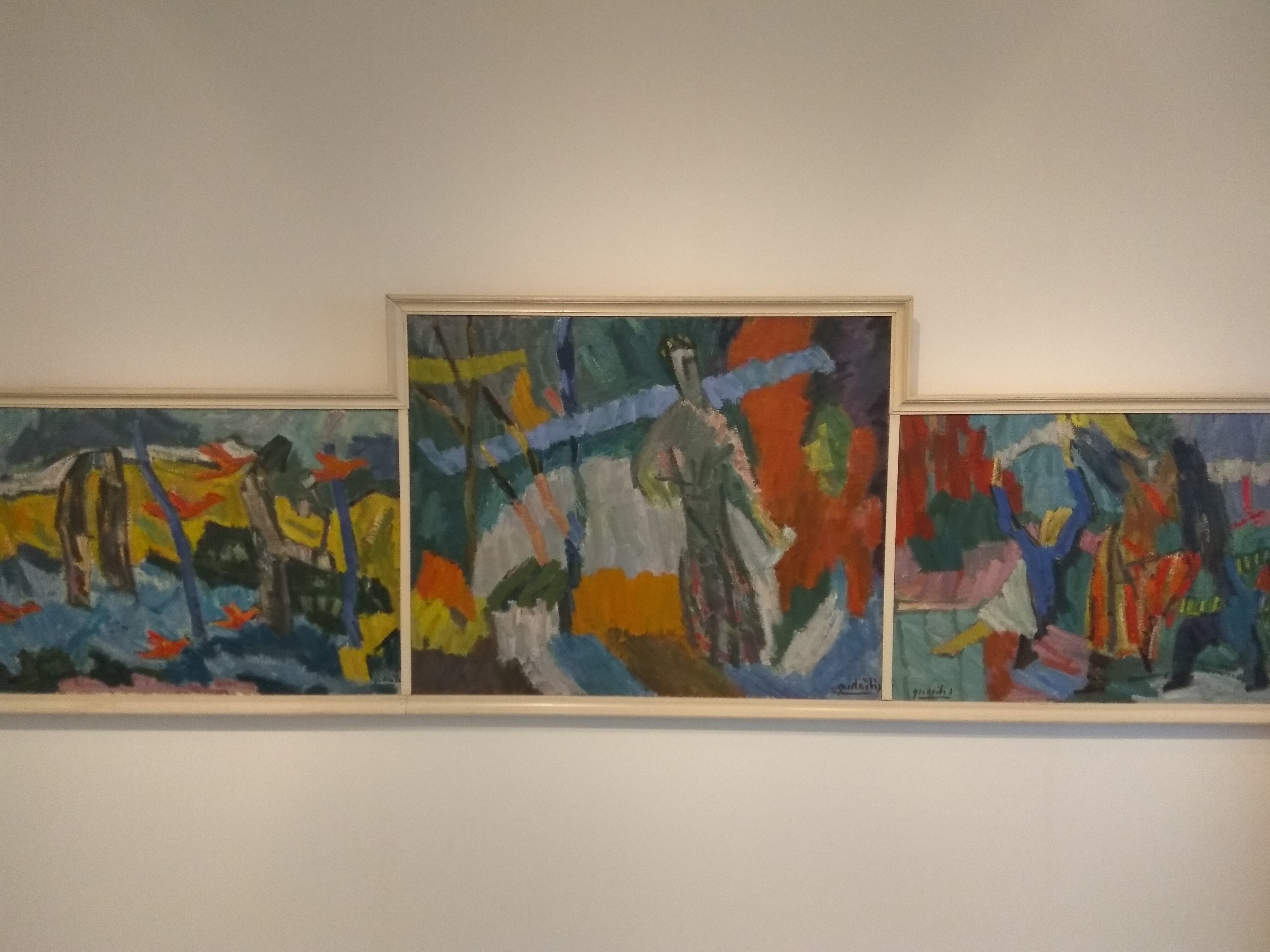 The triptych M.K. Čiurlioniui (M.K. Čiurlionis [1875-1911] was a famous Lithuanian artist and composer) was created in December 1962, at exactly the same time that the leader of the USSR Nikita Khrushchev criticised the Second Exhibition of Modern Art in the Manezh Gallery in Moscow. Following this ideological campaign, the artist Antanas Gudaitis (1904-1989) was criticised in Soviet Lithuania. He was blamed for deviating from Socialist Realism. While no actual works by the painter were mentioned during this ideological campaign, Gudaitis himself believed that it was because of his triptych (see Lubytė, E. 1997, Tylusis modernizmas Lietuvoje [Quiet Modernism in Lithuania], Vilnius, p. 88).