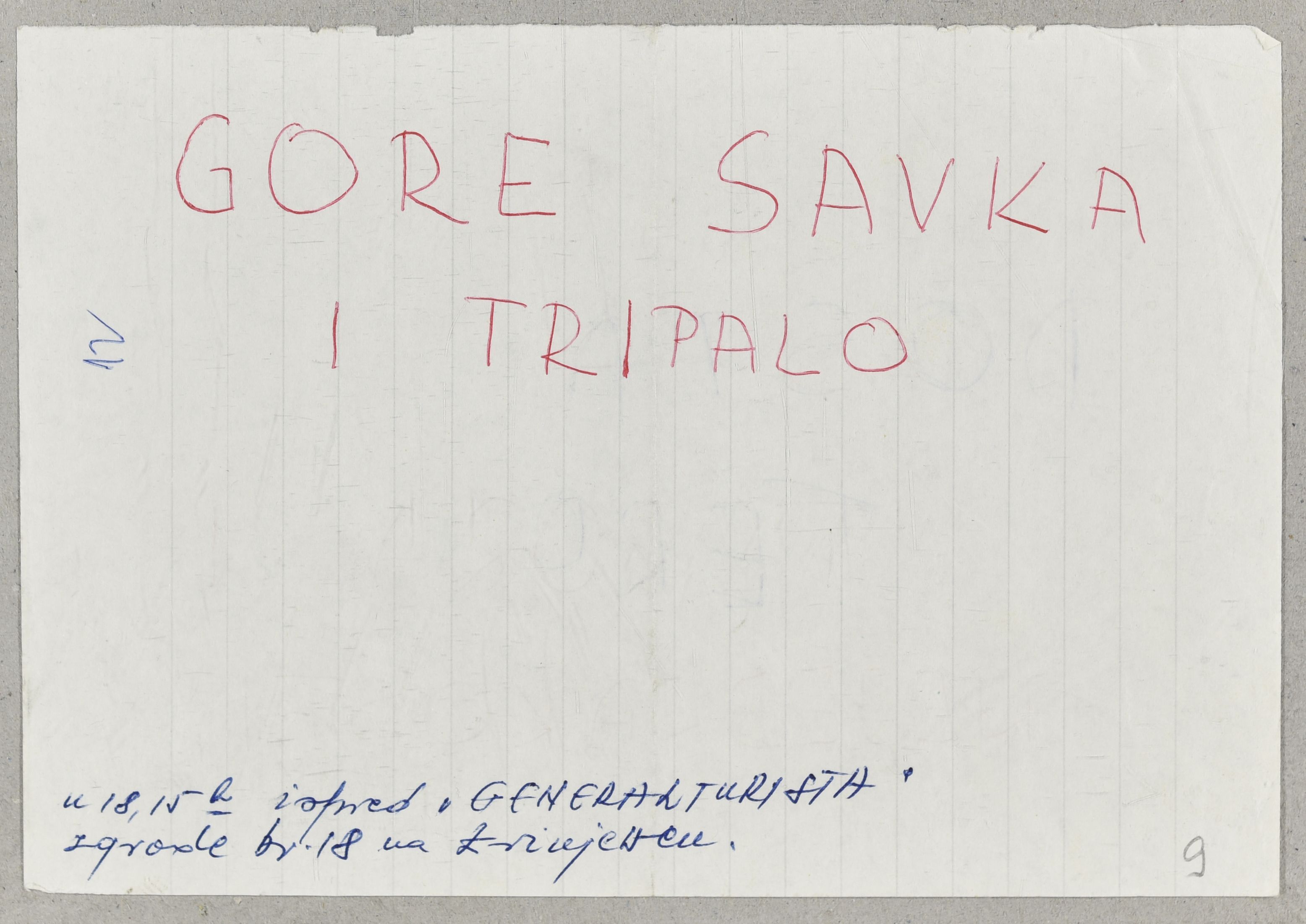 Students also demonstrated their support for Croatian reformist and nationally-oriented political leaders by distributing handwritten pamphlets on different types of paper. This collection includes several examples of such pamphlets, and one mentions Savka Dabčević-Kučar and Mika Tripalo, both removed from their posts in December 1971. On the pamphlets themselves or in separate notes, the State Security Service recorded where and when the pamphlets were found. Together with other materials collected during Operation Tuškanac, these pamphlets were used in the prosecution of participants in the student movement.