Report for the Ideological Commission's session 'About Some Problems of the University's Ideological Work,' 1957 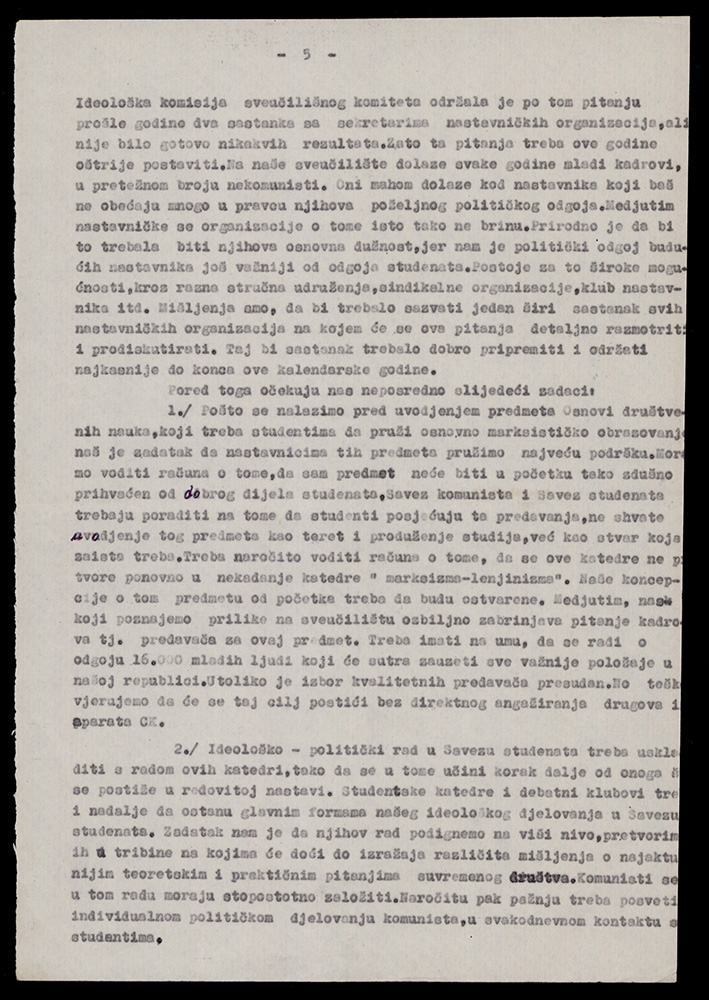 This is a document that analyses the ideological activity of the League of Communists (LC) at the University (in Zagreb) and is essential for understanding the way in which LC, through the Ideological Commission, directed the ideological activity in the desired direction in higher education. The "correct" ideological attitude was expected from both students and professors, so the issue of staff in the faculties was of great importance for the political guidance of students. The document criticizes political apathy and a lack of interest by professors and students and seeks to strengthen 'Marxist education" and ideological work, the suppression of religious and "enemy" propaganda opposing scientific (meaning Marxist) views of the world, attracting students providing information on current events and encouraging culture and entertainment. It also proposes a program of ideological work for the entire duration of schooling for students, as well as work with members of teaching organizations.

By 1995, the document was, along with the other records of socio-political organisations, a part of the Archive of the Institute of History of the Labour Movement of Croatia/Institute of Contemporary History. That year, in July, it was handed over to the Croatian State Archives (CSA), where it is kept today. The documents are accessible for use without any restrictions.