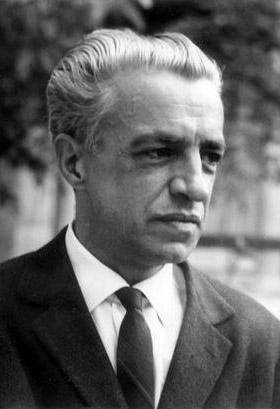 Sándor Joó (1910-1970) was a Hungarian Calvinist priest. He was born in a well-off family in Kecskemét. His father, Gyula Joó, was a teacher at the Academy of Law in Kecskemét and presbyter in the local Calvinist congregation. Sándor Joó graduated from the Academy of Reformed Theology in Budapest. He continued his studies in Amsterdam in 1932. He then became a Protestant deacon in Kecskemét and in Budapest. He received his qualification to be a private theological teacher in 1939, and he obtained a doctorate at the University of Sciences in Debrecen in 1942. He founded the Calvinist congregation of Pasarét, where he served as pastor from 1938 until his death. He was a member of the Revival Movement of the Hungarian Calvinist Church in 1956, which was against the official church policy, so he was never given any positions of any importance in his church. He was a well-known preacher. He had approximately 1,000 collected sermons.