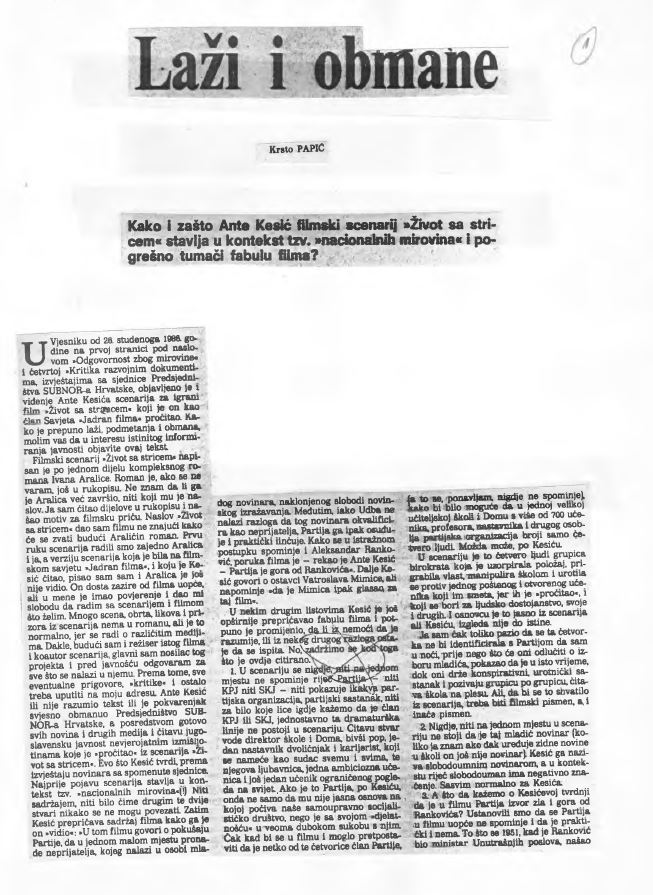 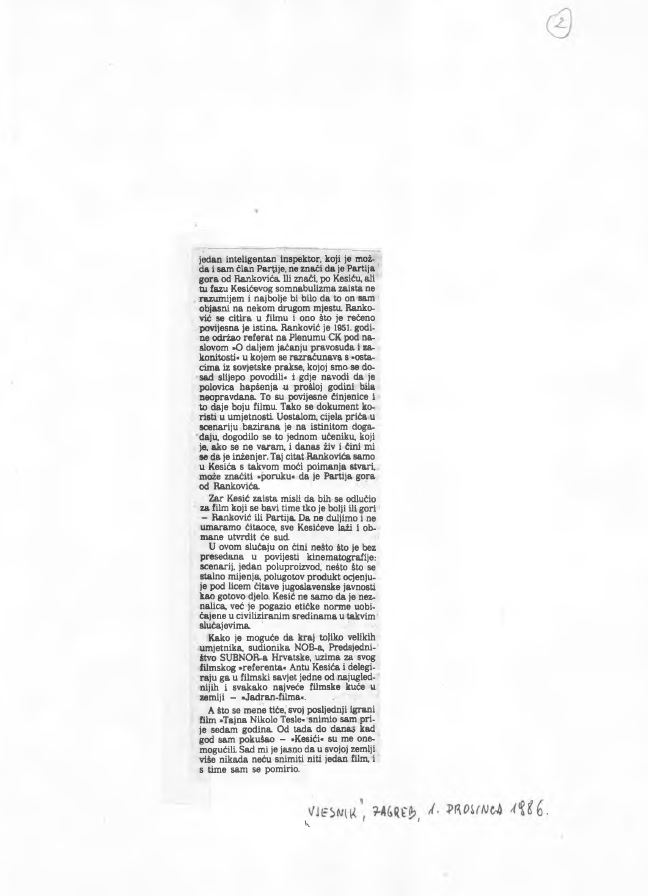 In the case of the screenplay My Uncle’s Legacy, film director Krsto Papić was the main opponent of Ante Kesić and SUBNOR because he sought funding from the council of Jadran Film to make the film. Papić responded to the news that Ante Kesić had interpreted the screenplay for the film at the meeting of the SUBNOR presidency (Vjesnik, 28 November 1986), and asked for the opportunity to give his account of events in the newspaper Vjesnik because Kesić’s view was full of “lies, insinuations and deceptions.”

He explained the writing of the screenplay, which he adapted from the novel by Ivan Aralica and named it My Uncle’s Legacy. Since Papić alone carried the project, he asked that all objections and criticisms be addressed to him. Moreover, he sharply criticised Kesić and his “ideologised” reading of the screenplay: “Ante Kesić either did not understand the text or he deceived not only the SUBNOR Presidency as a  person of ill will, but also the entire Yugoslav public by means of newspapers and other media with unbelievable fabrications, which he “read” from the screenplay My Uncle’s Legacy. He concluded that this case would end up in court.

The press clipping is important because it contains arguments, which Krsto Papić as an exponent of the cultural opposition used against the objections of Ante Kesić. It illustrates the role of public media such as the newspaper company Vjesnik in providing space for such debates. Otherwise, the intervention in the screenplay of the feature film My Uncle’s Legacy was considered as the last attempt of this kind in Yugoslav cinematography before the dissolution of Yugoslavia in 1990.