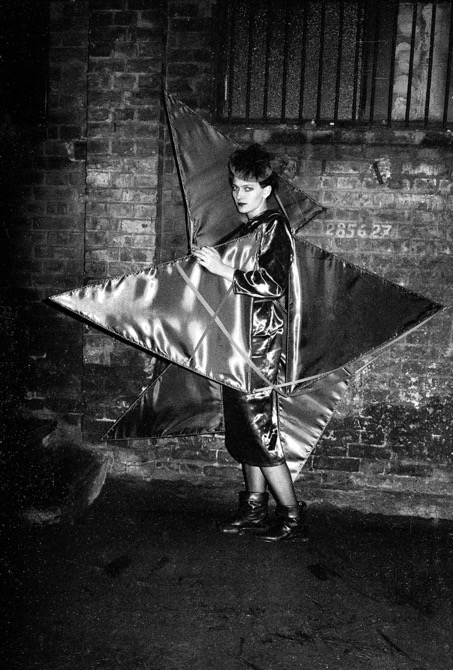 The red star dress was originally displayed in the short movie by the architect Gábor Bachmann: Eastern European Alarm (“Kelet-európai riadó”). The movie is an abstract critique of the late Kádár regime, focusing on social and aesthetical tensions. A woman in the red star plays an important role. Her outlook and attitude serve as a counterpoint to other characters in the middle of the breakdown.
Like many of Király’s works, the red star dress has also been destroyed. Still, the photograph of the dress has been archived.