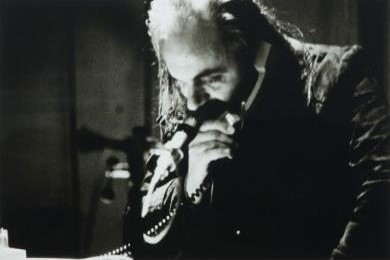 In the last subversive action, Gotovac waited for someone to inform him by the telephone that President Tito had died. With this performance, the artist additionally placed himself in a passive position by waiting for the information to come to him indirectly, not directly as in earlier actions via television, newspapers or radio, for one of his friends, associates or family to indirectly notify him about Tito's death. In this work, Gotovac used subversive activity, in which he did not criticize the regime, but rather encouraged the public and the regime itself to think.