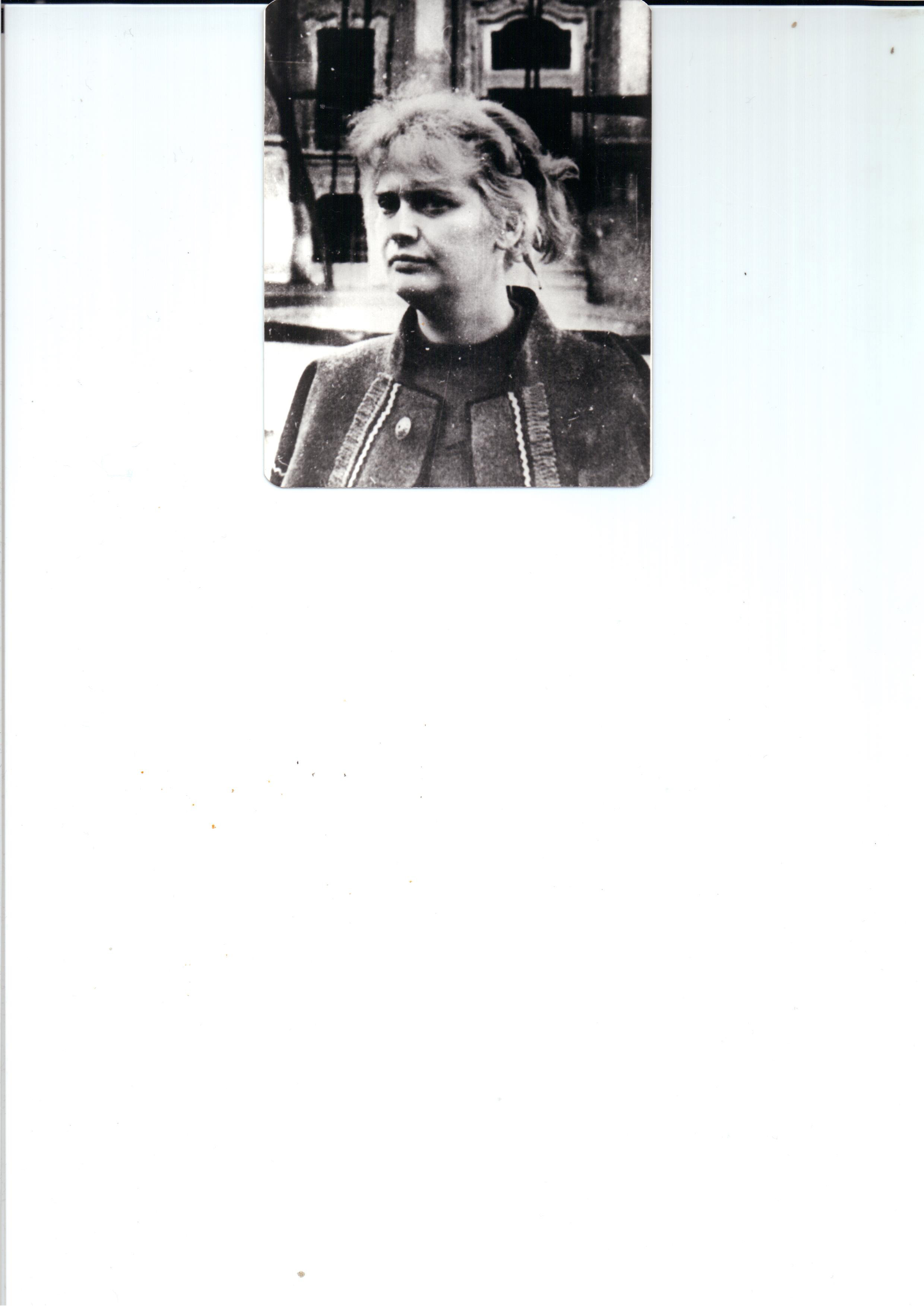 Alla Horska was born in Yalta, Crimea in 1929 into a family of fairly high-ranking communist officials. Her father was a Soviet filmmaker and then eventually moved to Leningrad, where she and her mother survived the siege in 1941-1943. The family moved to Kyiv, partly to avoid pressure from the Soviet authorities on her father. In 1946 Horska enrolled in art school, became a Komsomol member, and later graduated from the Kyiv Art Institute. Her work was displayed in a number of all-union exhibitions.

A member of the ‘red bourgeoisie,’ Horska married well, had an apartment in the centre of Kyiv, and studied fine art. Like many artists of her generation, she took advantage of Khrushchev’s thaw and experimented with cultural and literary forms that had been stamped out by socialist realism. Horska was a founding member of the Kyiv Club for Creative Youth (1959-1964) and, although being raised in a Russian-speaking family, began learning Ukrainian and exploring traditional motifs in her work. She was also involved in unearthing crimes of the Stalinist period. In 1962-63, together with Les Taniuk and Volodymyr Symonenko, she located unmarked mass graves of NKVD victims, who had been slaughtered in the 1930s, near the village of Bykivnya. They penned a memorandum informing the Kyiv City Council of their location. Soon thereafter, Symonenko was brutally beaten up, eventually dying from blows to his diseased kidneys.

Horska was radicalized by her many run-ins with the authorities, a turn reflected in her later work. In 1964, a stained-glass window she created at Kyiv State University, portraying an angry Shevchenko holding a woman betrayed–-symbolizing Ukraine—was destroyed for being ideologically alien. Horska wrote letters in support of colleagues arrested and incarcerated for “anti-Soviet agitation and propaganda.” In 1968, she was one of 139 signatories on a letter addressed to Leonid Brezhnev, Aleksei Kosygin, and Nikolai Podgornyi asking them to put a stop to these practices, which violated ‘soviet legality.’ She also refused to testify at a number of trials of her colleagues, citing the illegality of the proceedings. Shortly thereafter, rumours began circulating that a terrorist banderite organization with ties to the CIA was working in Ukraine; Horska was named a leading member of this illegal organization.

On December 2, 1970, Horska was found murdered in the village of Vasylkiv, killed by blunt force trauma to the back of the head. She had visited her father-in-law Ivan Zaretsky on the morning of November 28 to borrow an old sewing machine. The following day he was found lying, decapitated, on train tracks near Fastiv, 35 kilometers from his home. After a brief investigation, the Kyiv Procuracy determined that Zaretsky had killed Horska, and then committed suicide in despair. Contemporaries saw the hand of the KGB, who tried first to intimidate Horska into silence, and, when that failed, brutally murdered her.