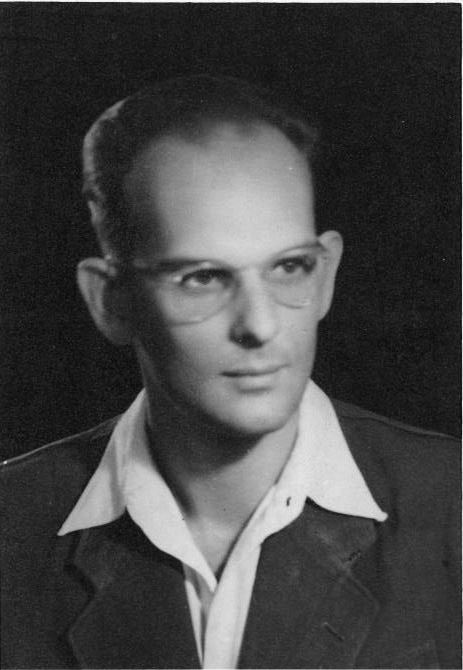 There is not enough information for a biography on Iljko Karaman (1922-2010), as he was not a public figure. Nonetheless, he was a descendant of a distinguished Dalmatian Karaman family from Split, with a long tradition of intellectuals and lawyers. His father, Ljubo Karaman (1886-1971), was a prominent art historian and a conservator, while and his younger brother, Igor Karaman (1927-1995), a distinguished economic historian and archivist. Iljko obtained a law degree at the time of the Independent State of Croatia, and after WWII he worked as an investigator at the Public Prosecutor's Office in Zagreb. In the early 1970s, he became the Zagreb District Deputy Public Prosecutor (his personal note of 3 March 1992 contains his signature as the deputy public prosecutor).

The family friend Mrs Snježana Zima b. Znidarčić testifies that he was a member of the Catholic Crusaders Organisation (Križarska organizacija), which the communist regime began suppressing in 1945. He was also a close friend of the organisaion’s president, Dr Lav Znidarčić (1918-2001), a lawyer and political prisoner under communist rule whose private archive was organised by Karaman himself. Aside from his work, Karaman was active in the Zagreb Society for Underwater Sports, which was established in June 1954. He was the first secretary and later president of the society.

Iljko Karaman does not provide an explanation as to the reasons for collecting material in question. He apparently thought it was important to store the confiscated material is a safe place, but he does not explain the purpose of doing so. In the opinion of the mentioned Mrs Zima, he belonged to the intellectual and cultural school that had gathered around her father, Catholic lawyer Dr Lav Znidarčić, who opposed the regime and had decided to collect evidence against the communist system for future use. After the dissolution of Yugoslavia and the fall of the communist regime during the events of 1990-1991, the time had come to disclose the collection publicly and make it available for research.