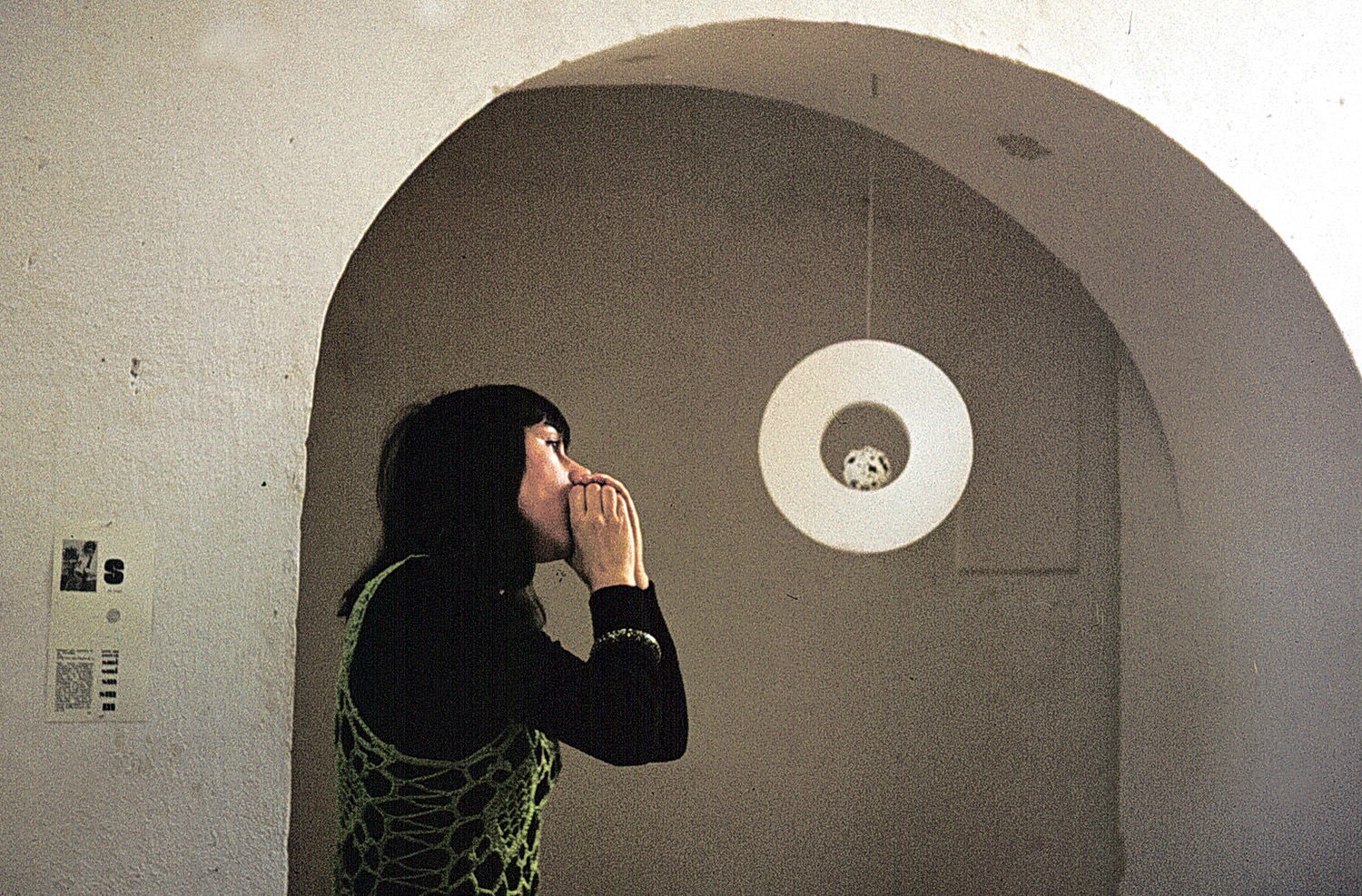 Katalin Ladik’s performance of an improvisational interpretation of the experimental film O-pus, which she created together with Attila Csernik and Imre Póth in 1972, was held in the Balatonboglár Chapel Studio in 1973. (It was the first sound poetry performance in Hungary.) For the film, Csernik used various forms of the letter “O” printed on a sheet of paper. He also made a bigger “O” cut out of cardboard, which he placed over the letters printed on paper in different variations. The film focused on the connection between the “body” of the letter “O” and parts of the human body. Following the screening of O-pus in Balatonboglár, Ladik was asked by Csernik to sing what she saw in the film. Ladik performed an improvisation, without a score. Csernik’s installation space in the chapel of the large letter “O” complementing the film also became part of the performance.