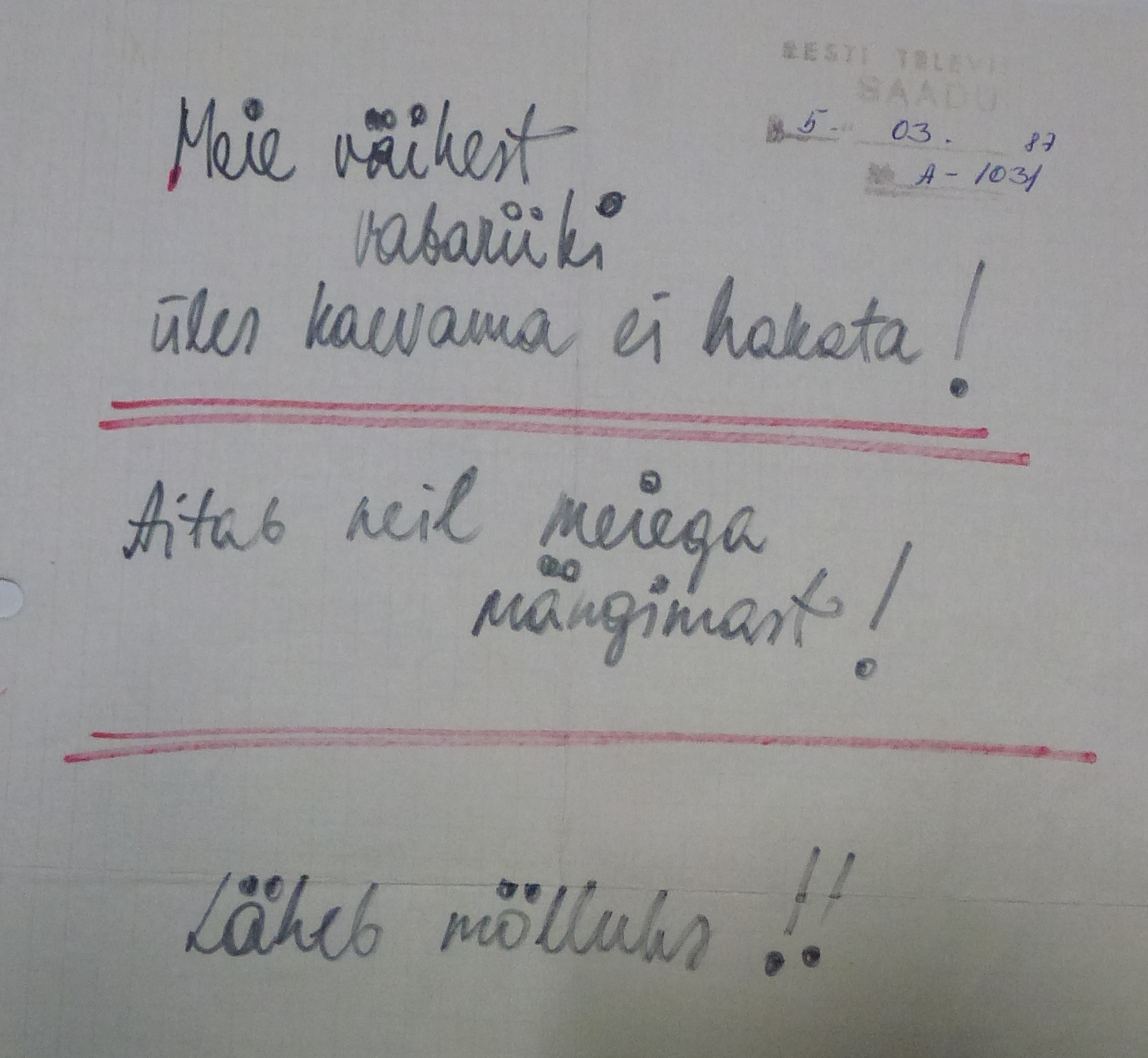 The collection includes various pieces of documentation about the ‘Phosphorite War’ that took place in Estonia in 1987, and material about the Estonian television programme ‘Panda’ in the second half of the 1980s. The collector of the material is Juhan Aare, the journalist and politician who unleashed the Phosphorite War. The most valuable part of the collection is made up of the letters written by people in Estonia and sent to Juhan Aare or to Estonian Television. These letters refer to the environmental situation and the national question in Estonia.