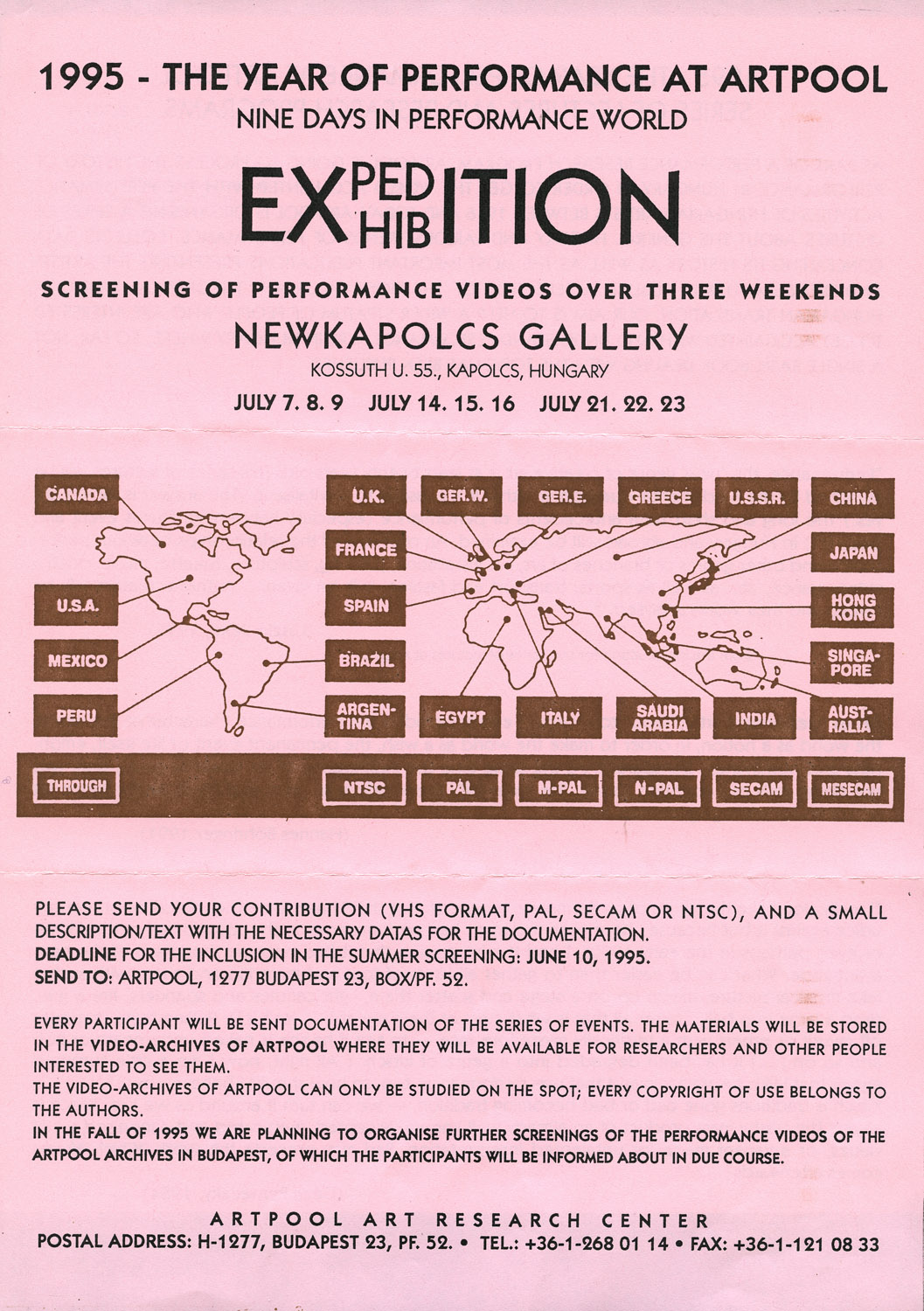 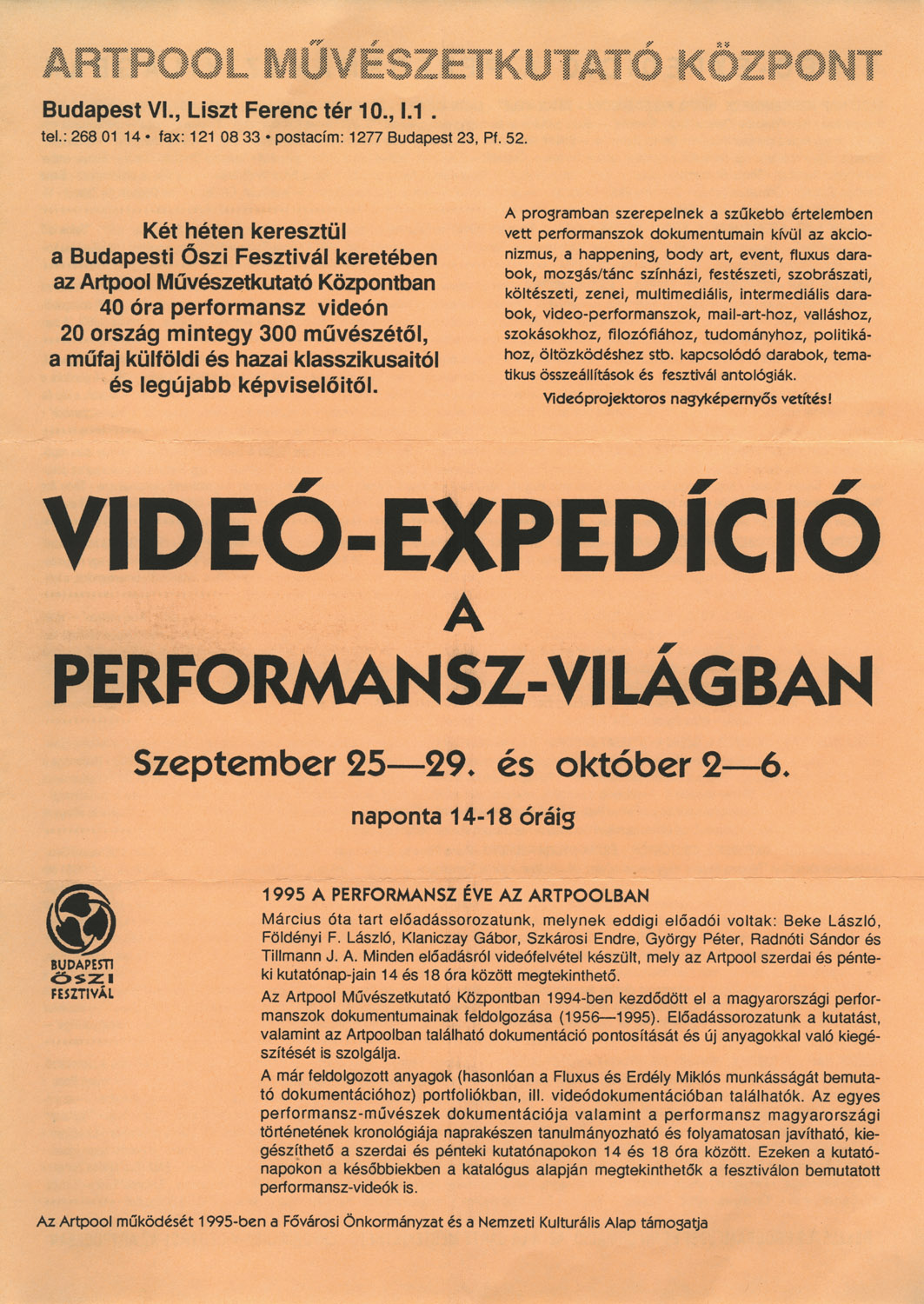 1995 was the year of performance at Artpool. As a prelude, Artpool made an international call to artists to add to its video archive. A series of screenings using the several hundred artworks which were received was organized in Kapolcs and in Budapest entitled “Video expedition in the performance-world.”. During the event, video documents made by 300 artists from twenty different countries were projected. In the catalogue, there are short descriptions and the main data of the videos and photos and some preliminary remarks on performance art by theoreticians.