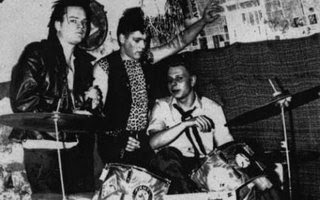 This punk band around the brothers Klaus and Dieter Ehrlich hailed from Erfurt and played its first show in 1981. Two years later, they recorded one side of the LP "DDR von unten" (GDR from below). The LP was produced in the West and is considered the first GDR punk album. The band continued to exist after 1989/90 and only broke up in 1996.