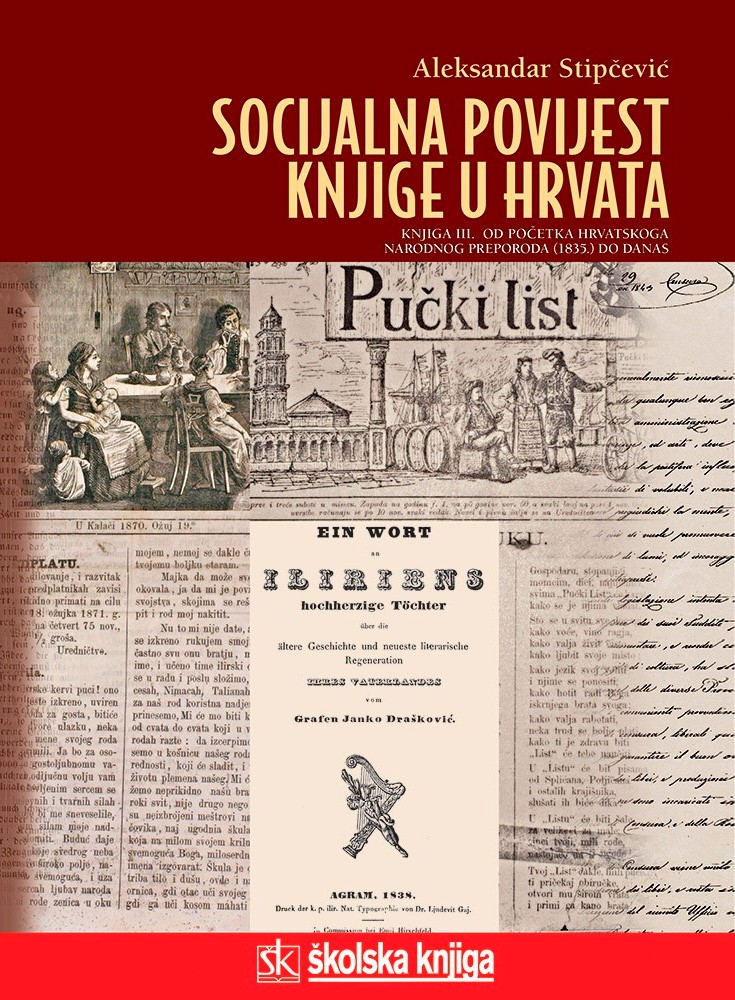 The publishing house Školska knjiga published the first volume of Aleksandar Stipčević's trilogy Social history of the Book Among the Croats. The Middle Ages in 2004. In 2005 the second volume (From the first printed Glagolitic book (1483) till the Croatian National Revival) was released. The third volume, From the beginning of the Croatian National Revival (1835) to the present was launched at the book fair Interliber in 2008.