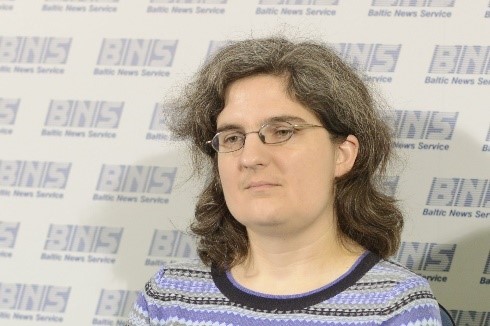 Ainė Ramonaitė is a professor of political science at the Institute of International Relations and Political Science of Vilnius University. Her main research areas are political elections and political sociology, and (non)Soviet society and its legacy and impact on today’s democratic system. Professor Ramonaitė is the organiser of the academic discussion social platform Socforumas, which holds annual conferences for young researchers. She is the author of several books and many articles on the process of democratic elections in Lithuania. After 2009, she initiated and headed two research projects on ‘non-Soviet’ society. The main aims of these projects were to look at networks of people who were not involved in either the anti-Soviet dissident movement or pro-Soviet activism, but rather stood between the two.

Although Ramonaitė was not involved in the anti-Soviet movement, her parents, who worked in academia (her father was a physics professor, and her mother was a Lithuanian literature and language professor), were involved in the non-Soviet ethnographic movement. This kind of activity inspired Ramonaitė as well, and carrying out research on this theme in history became a kind of personal moral determination. Contrary to the prevailing statements in Lithuania about the weak opposition to Soviet rule at that time, Ramonaitė thinks that this ‘invisible’ society was larger and more closely interconnected than is usually imagined.