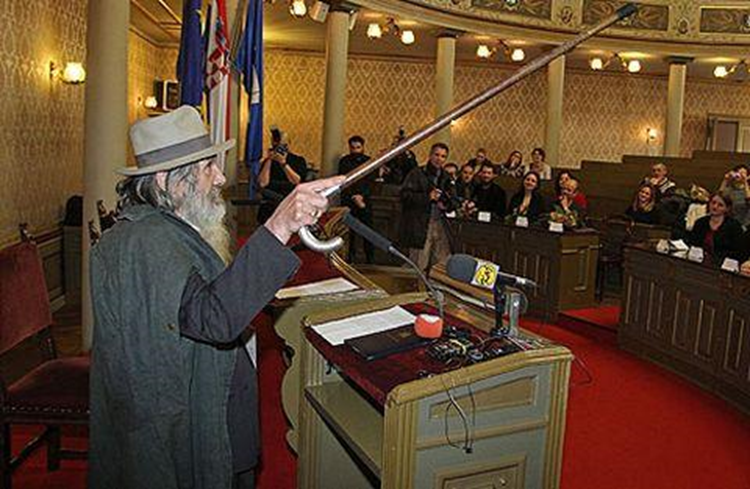 Vladimir Dodig Trokut received a lifetime achievement award on 12 December 2013. The award committee explained it was due to his involvement in first public action group, "Red Peristyle," which in 1968 marked the beginning of conceptual and post-conceptual art in the former state and his continued artistic growth on that foundation.