Material for the Secretariat meeting, Pezo, Vladimir. Some issues on criminality and antisocialist phenomena among youth, 27 October 1960 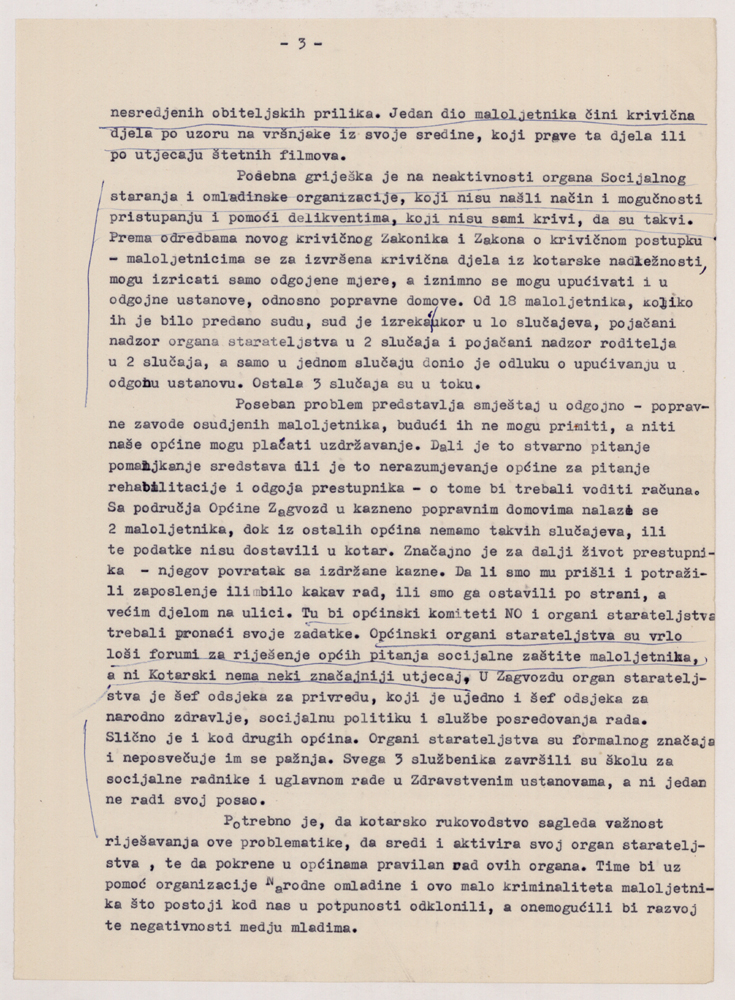 The document is an analysis of juvenile delinquency and the so-called anti-socialist occurrences among the youth in the area of Makarska, where the latter are notable as opposing activities. The document cites the oppositional activities of young people: the establishment of nationalist Croatian organizations in schools (e.g., "TIHO" - Secret Organization of the Croatian Intelligentsia, in which Ivan Gabelica was active), an expression of the opinion on the lack of freedom in the state by Bruno Bušić, the flight of the youths abroad and the catechization of the youth.