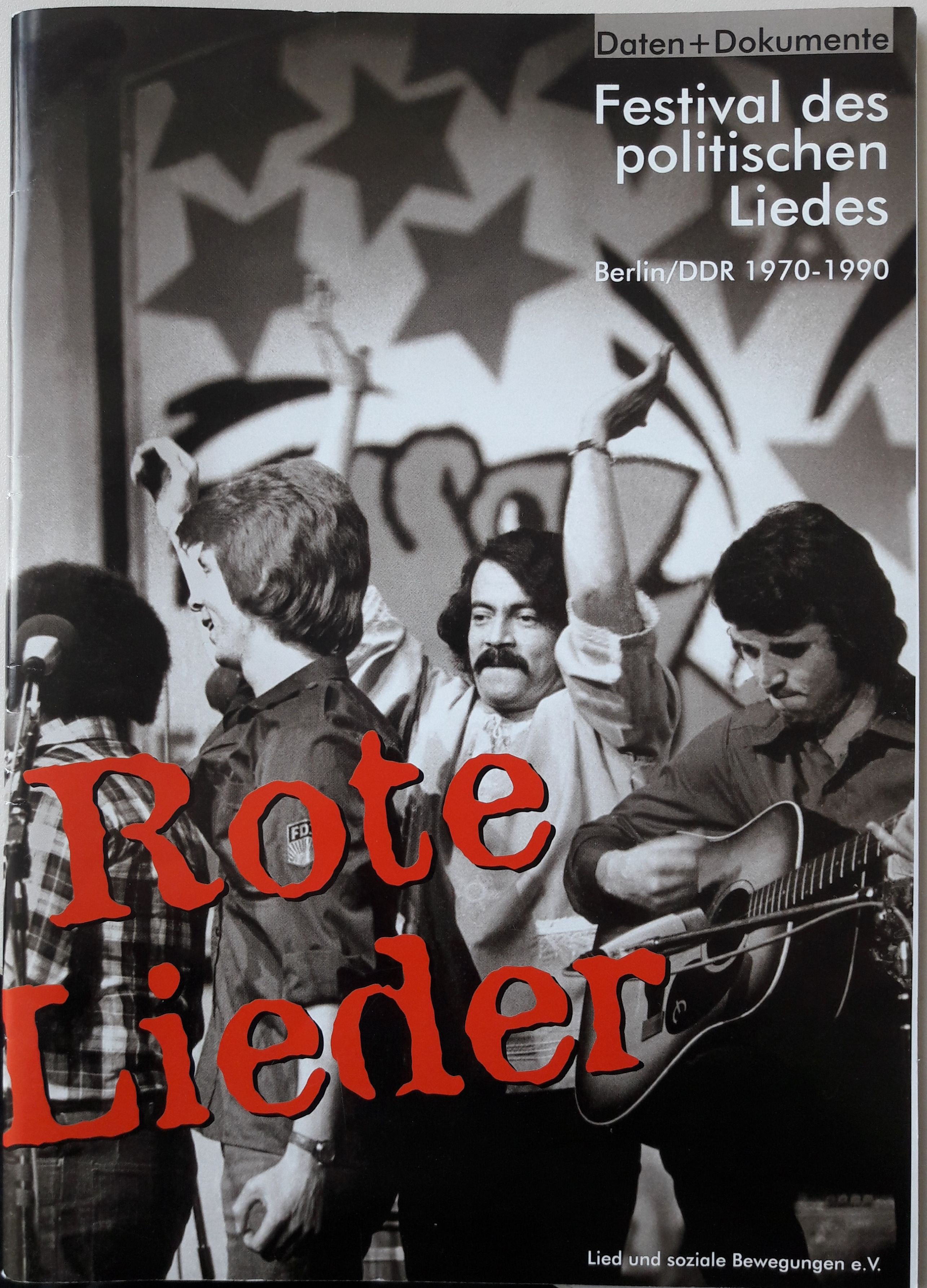 The Association Song and Social Movements published the booklet “Red Songs” about the history of the Festival of Political Song. It contains data and countless documents about every single festival from 1970 to 1990. The work on the booklet encouraged the idea to revive the festival under new conditions after the last one had been in 1994. Since 2000 the association organises the Festival Music and Politics yearly in February in Berlin.