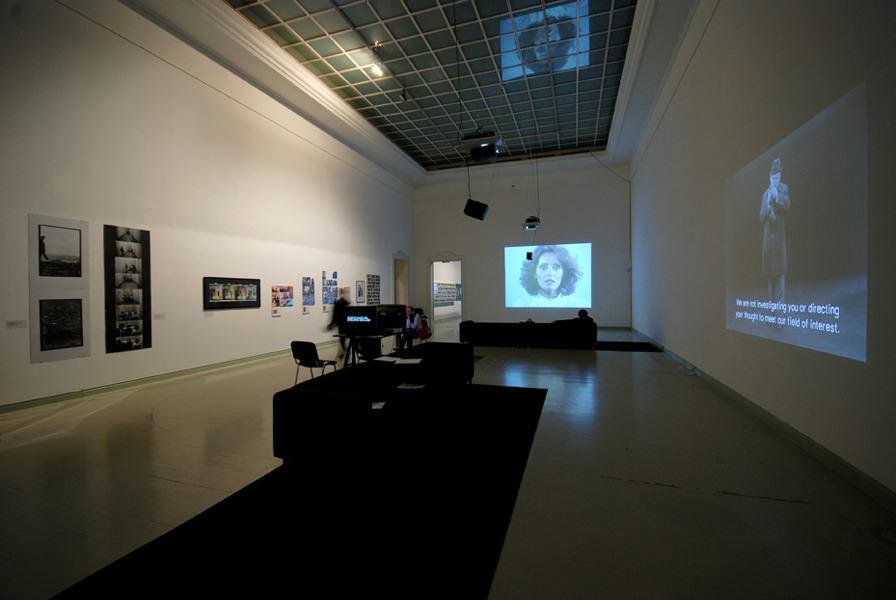 The exhibition entitled Other Voices, Other Rooms—Attempt(s) at Reconstruction was held in the Műcsarnok/Kunsthalle, Budapest (2009, 16 December - 2010, 21 February). The curator, Lívia Páldi, organized the exhibition after years of research. The essential concepts on which the exhibition was based included “creativity,” “community,” “documenting,” “taste,” and “censorship.” Instead of presenting and juxtaposing all of the Studio’s production, the exhibition was organized along the lines of articulate, subjective viewpoints with the use of a spatial montage technique: blending together persons, sites, community formations, and events, concentrating not on the films, but rather on the motifs. This approach was clearly discernible in the first room, in which the reflective works of three contemporary artists — made in close collaboration with the curator and reflecting the curator’s intention — were on display.

The exhibition focused on the period from the late 1960s to the early 1980s. During this interval, two dominant viewpoints were present in parallel in the BBS: a documentary and an experimental approach. The centre of the exhibition therefore presented a documentary and an experimental film displayed in separate screening boxes, along with photos, documents, and other artworks. The other selected films (altogether 45) similarly appeared in digitized format, looped, paired and arranged in various groupings, counterpointed with photos, articles, documents, and other artworks. This form of display eliminated the medial hierarchies resulting from the original formats, and the films were treated as archival materials.

The curatorial intention formed thematic environments out of these hybrid elements, regarded as equals within the exhibition spaces. It presented repeated themes from different perspectives, displaying different materials side by side in the hope that they would form micro-narratives through which one could get a more concrete view of the workings, as well as the theories, practices, broader contexts of the BBS, and the era itself, during which Hungary was referred to as the “happiest barrack” behind the Iron Curtain. The curatorial selection focused on themes, individuals, and sites. It was counterbalanced with a 35 mm screening facility set up in one of the rooms of the exhibition, where films were screened in their original medium, everyday, as events, in a selection made by archivist Sebestyén Kodolányi.

Critics of the exhibition wrote about the elitist approach and the overabundance of moving images. Undoubtedly, the parallel presentation of the 45 films selected from the archive (over 400 hours of play time) posed a serious challenge to visitors who wanted to see the films. More precisely, it encouraged a different kind of approach, an intellectual and reflective attitude, instead of a focus on specific films (although this was also possible, since the institution offered a pass that was valid for multiple occasions).