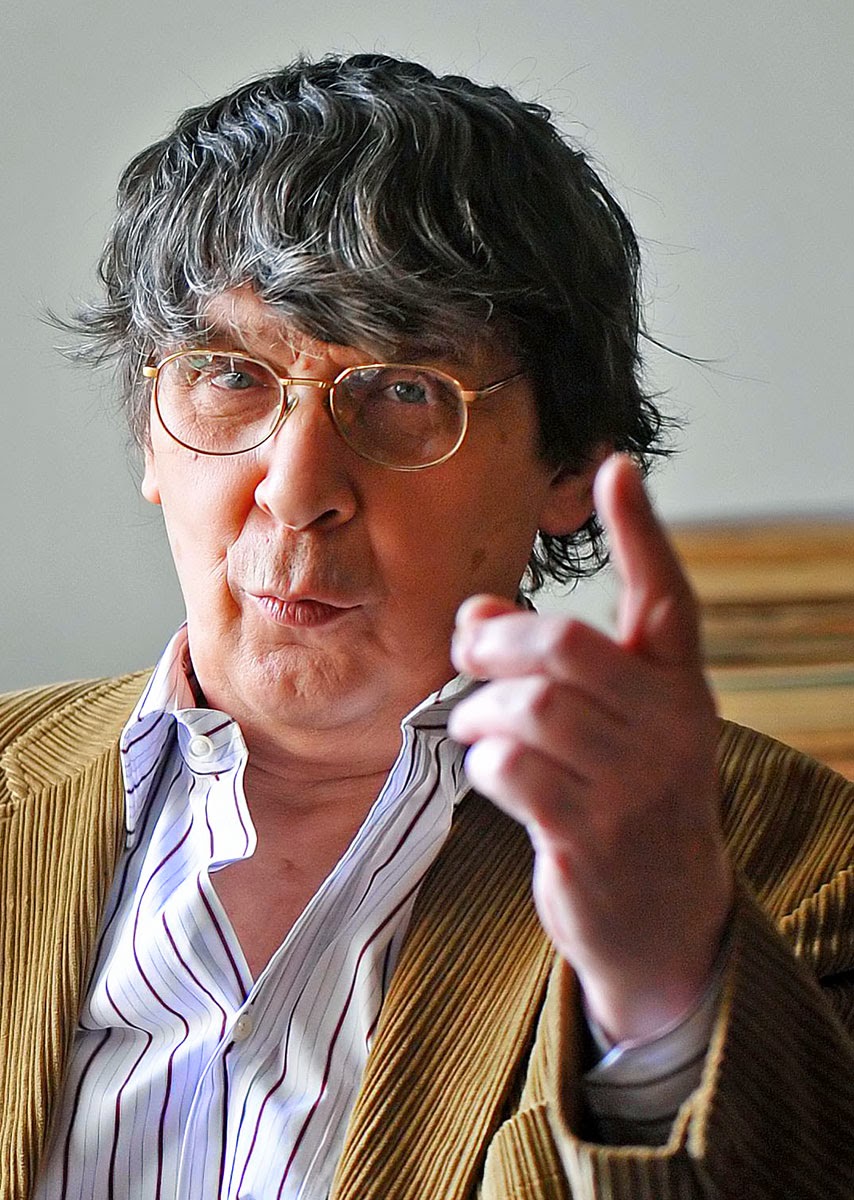 Sociologist Gyula Kozák (1941–) was the founder and, until 1999, the head of the Oral History Archives. In 1981, together with András Hegedűs B. (1930–2001), he began to do oral history interviews with participants in and witnesses to the 1956 Revolution, which was considered the number one taboo in public discourse in Hungary at the time.

Kozák was born to a well-off bourgeois family in Budapest, though World War II and his parents’ early divorce shook the family. He witnessed 1956 as an adolescent, and the revolution had a deep impact on his mentality and his emotions. As a fifteen-year-old boy, he wandered around the city watching the events of the revolution: the demonstrations and street fights. In late November 1956, he left home and, together with the great flood of Hungarian refugees, managed to get to Vienna, but a month later, he returned to Budapest. In 1958, together with some friends, he found some hidden guns, and he resolved to start the fight against the regime again, but he and his friends were caught before could take action. He was arrested by the police and was held in custody for a month, but was then released. He had some trouble in school when he returned, and he was almost prohibited from being allowed to pass his matriculation exam.

He then went on to study at the Technical University Budapest, but he was far more interested in the social sciences than he was in engineering, sociology. However, higher education in sociology had been prohibited in 1949 by the communist system, and it was only reestablished in the early 1970s. Thus, instead of being able to acquire proper theoretical training, he was only able to participate in some sociological fieldwork. He took part as an assistant in surveys conducted by the National Cultural Institute and then by the Higher Educational Research Institute. In 1969, he managed to get a job for two years at the Social Science Research Institute, the strategic “think tank” of the Communist Party’s Central Committee. Here he joined the preparatory works for new nationwide surveys which examined the circumstances in which industrial workers, Roma, and the poor lived. The surveys were done under the guidance of István Kemény, a pioneering researcher of Hungarian empirical sociology. Kemény exerted a strong influence on Kozák’s way of thinking and, indeed, the approaches and mentalities of many young scholars, as he forced them to confront social realities and the simple fact that there were major social problems in communist Hungary, including a lack of equal opportunity and sufferings under the socialist system of the time. This critical attitude was strengthened when, in the mid-1970s, Kozák began to contribute, as expert and script writer, to a good dozen documentary film projects being done by the Béla Balázs Studio (BBS) and Hungarian Televison (MTV).

At the same time, he took an active part in some underground art movements and alternative cultural initiations, working for a while e.g. as a light master for the University Theater of Budapest. He had also several good contacts among dissident writers and intellectuals.

The activities in which he engaged brought him increasingly into conflict with the communist regime. In 1972, Kozák took part in the preparations for a conference on workers’ social problems. The conference itself was banned, and the book of relevant studies was confiscated by the police. In 1979, he also signed a declaration of solidarity with the members of the Czechoslovak Charta 77 movement who had been imprisoned, and he lost his job as a consequence of this. He was repeatedly harassed, threatened, and blackmailed by the secret police, which tried to force him to become an informant, but he resisted the pressure they put on him.

In 1981, Gyula Kozák began to work together closely with András Hegedűs B. They were both commissioned by the Economic Research Institute of the Hungarian Academy of Science to do oral history interviews with Hungarian business managers. At the same time, they began to do research on their own concerning 1956. They collected data and produced a historical chronology of the events, and they also organized “Round-table talks on 1956.” and a series of group and individual interviews with one-time participants in the Hungarian revolution. This collective work led in 1985 to the creation of the Oral History Archive and in 1989 to the creation of the 1956 Research Institute. Kozák was a leading founder of both. He is also the author of a number of books and editor of several other books and studies published by the Institute.

In 1979, Kozák began taking part in the Hungarian democratic opposition. He was one of the founding activists of SZETA, or the Fund for the Support of the Poor. He contributed to the publication of samizdat books and papers, and he wrote articles for Beszélő (“Speaker”) and Hírmondó (“Messenger”), and he took part in protests (e.g. in 1985 against the one-party system of the Hungarian general elections). In 1988, he was one of the founders of the Committee for Historical Justice (TIB), which fought for the public reburial of the executed revolutionary prime Imre Nagy and his fellow martyrs, which was to include legal and political rehabilitation of all the victims of the reprisals.