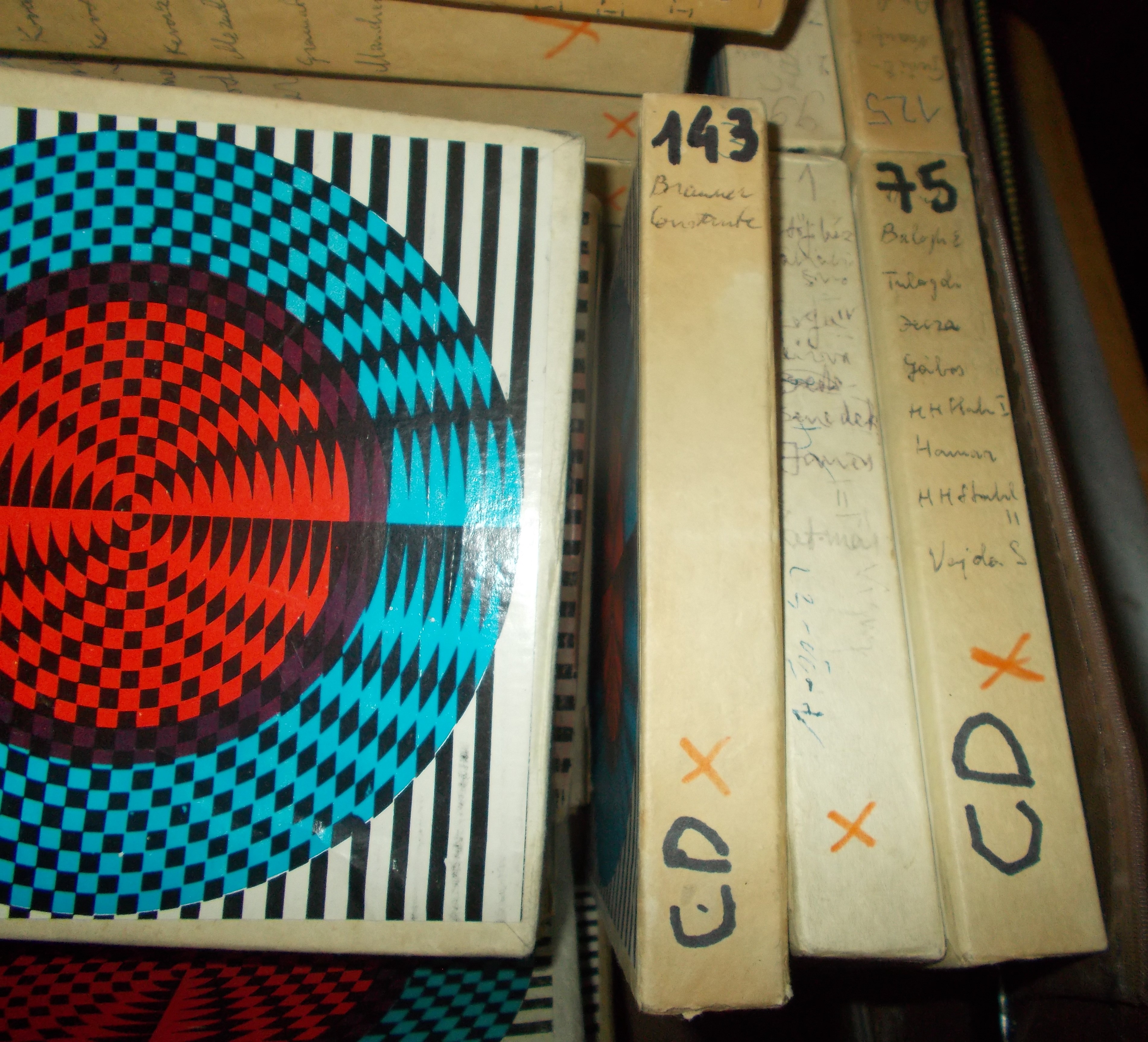 The tape on which are imprinted the voices of two personalities of Romanian culture, Lena Constante and Harry Brauner, is today in the Zoltán Rostás private collection and contains an extensive interview taken with the couple in 1985. Harry Brauner (1908–1998) was a Romanian folklorist and ethnomusicologist of Jewish origin, who came from a family that included other notable intellectuals: his brothers were the surrealist painter Victor Brauner and the photographer Theodore (Teddy) Brauner. Lena Constante (1909–2005) was an artist and folklorist of Aromanian origin, and the author of a number of well-known postcommunist volumes, which were well received by readers of memorialistic literature. The couple were involved in a famous political trial, which had as its central figure Lucreţiu Pătrăşcanu, an intellectual of Marxist orientation and an important political leader after 1945, arrested in 1948 and executed in 1954. This political trial was to have been a show trial, like those of László Rajk in Hungary and Rudolf Slánský in Czeschoslovakia, but in the end it was orchestrated behind closed doors, on the basis of false testimonies squeezed out of some of those included among the accused, as in similar cases in the Soviet bloc. In 1954, Harry Brauner was sentenced by the communist authorities to 15 years in prison and Lena Constante to 12. Both were released in 1962, after 12 years, but Brauner had to remain in “obligatory domicile” on the Bărăgan plain until 1964, when all political prisoners were released. The two only got married after their time in prison, while Brauner was still in forced domicile. In 1968, both were politically rehabilitated by Nicolae Ceauşescu, who had initiated a belated de-Stalinization and was reviewing some of the political trials orchestrated by his predecessor, Gheorghe Gheorghiu-Dej, in order to gain political capital. After 1989, the Pătrăşcanu trial was one of the most visited subjects out of the whole period of Romanian communism, owing to the political and intellectual eminence of those included among the accused. The interview carried out in 1985 by Zoltán Rostás also includes the couple’s testimonies about political imprisonment and forced domicile, subjects that were and still are of maximum interest for the majority of historians of postcommunist Romania. Here is an extract from Harry Brauner’s reflection on the significance of his experience of incarceration, remarkable for the way in which he synthesizes the essence of the absence of the rule of law under communism in a period in which there was effectively no access to professional analyses of undemocratic regimes: “ZR: Were you really so dangerous that after you had come out of prison they also gave you obligatory domicile? HB: Yes, it seems that I was very dangerous. Much more dangerous than I imagined. But at the same time, I was a good example for all the others, don’t you think? ZR: In what sense? HB: Ah, you haven’t understood what I mean. I was a good example for intellectuals, for artists, for all those who could see an example of what could happen to a man who had done nothing.” The aim of the 1985 interview was broader, however. The recording includes discussions referring to the beginnings of the couple’s relationship, to intellectual life in the interwar and postwar periods, and above all to many details of their contribution to the researches of the Gustian sociological school. “It was, I remember, a single meeting, but quite a long one. Lena Constante spoke significantly more than Harry Brauner, as he preferred to be very concise in the answers he gave me. By the way, he was a character in himself, with a voice and a ceremony of speaking that were quite distinctive. Indeed he is the character in a well-known novel by Marin Preda,” says Zoltán Rostás, recalling the meeting of which the dialogues are preserved on the magnetic tape in his private collection.