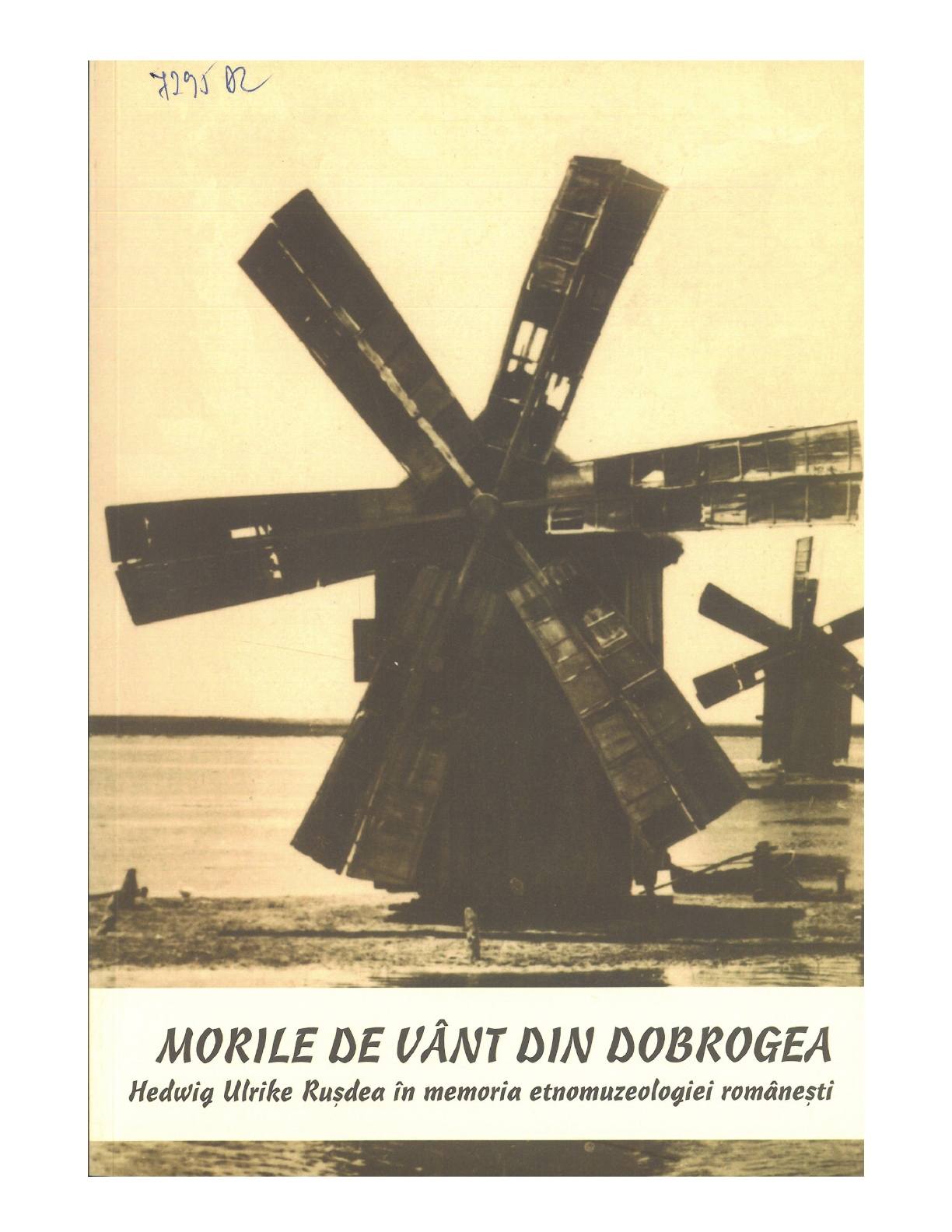 Between 1964 and 1975, employees of the Museum of Folk Techics in Sibiu rescued five windmills from Dobrogea, which were at risk of being destroyed by the communist regime’s agricultural modernisation drive following the completion of collectivisation in 1957. A key role in this endeavour was played by Hedwig Ulrike Ruşdea, a museologist working at the museum, who in the mid-1960s specialised in pre-industrial Romanian windmills. The Museum's team not only rescued and reassembled windmills in its open-air exhibition, but also conducted extensive research on their history and on their social and economic role within the communities, and collected stories told by local inhabitants about windmills and their former owners. Ruşdea later wrote several academic papers on windmills from Dobrogea based on her research findings. Some of them, such as “Morile de vânt din Dobrogea – România: Descriere şi tipologie” (Windmills of Dobrogea – Romania: Description and Typology), are available in manuscript in the scientific archives of the ASTRA Museum. After a short introduction to the history of windmills in Romania, Ruşdea discusses in this paper their evolution in Dobrogea and notes the devastating impact that the region’s rapid economic modernisation had on these essential artefacts of the cultural heritage of the region. While in the early twentieth century there were over 740 windmills in the region, by the beginning of the 1980s their number had decreased to only three. In addition, the study presents a typology of windmills according to structure and operating principles, and compares windmill technology in Dobrogea with that in other parts of Europe.

Archives of the ASTRA Museum in Sibiu, Collection: Hedwig Ruşdea, file no. 139.