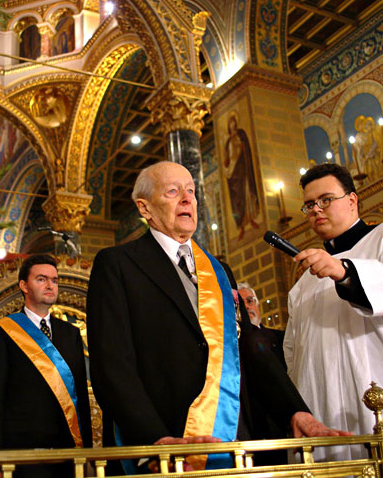 Miklós Mattyasovszky-Zsolnay (1912–2005) was a member of the famous Hungarian ceramic Zsolnay dynasty, a jurist and lawyer and owner and executive director of the Iris Ceramic Factory during the interwar period. In late 1944, Mattyasovszky-Zsolnay left Hungary for Germany, where he lived for years as a refugee before settling in Canada in 1952. Throughout the rest of his life, Mattyasovszky-Zsolnay participated actively in the organization of the émigré scouting movement and was elected as honorary president of the HSAE.