Protest against the Assassination of Patrice Lumumba, Photograph, Belgrade, 1961 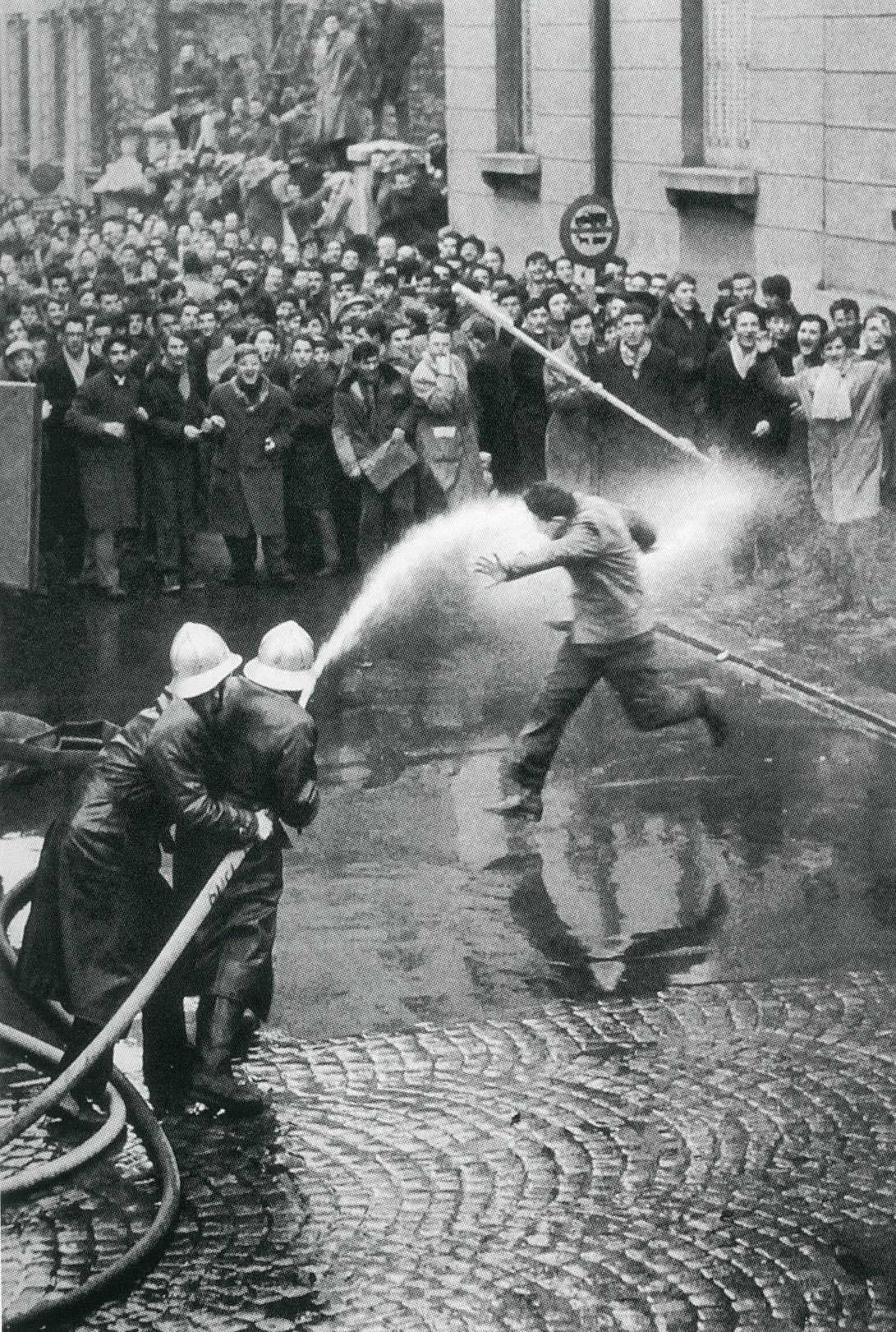 Patrice Lumumba was the first prime minister of independent Congo and was assassinated in 1961, only 67 days after taking office. This event triggered protests in Belgrade which fast grew into larger clashes between the demonstrators and police. The biggest riot took place at Tašmajdan Park. The police used water cannon against the protestors. Thirty-five protestors, 51 police officers and nine members of the fire brigade were hurt. The demonstrations were mainly organised in front of the Belgian embassy since it was believed that Belgium, the former colonial power in Congo, had orchestrated the murder. The demonstrators took over and ransacked the embassy. These events in front of the Belgian embassy in Belgrade were recorded and documented in the photographs of Tomislav Peternek, at that time a reporter with the newspaper ‘Borba’. The police used the opportunity to confiscate his films, but later returned them.