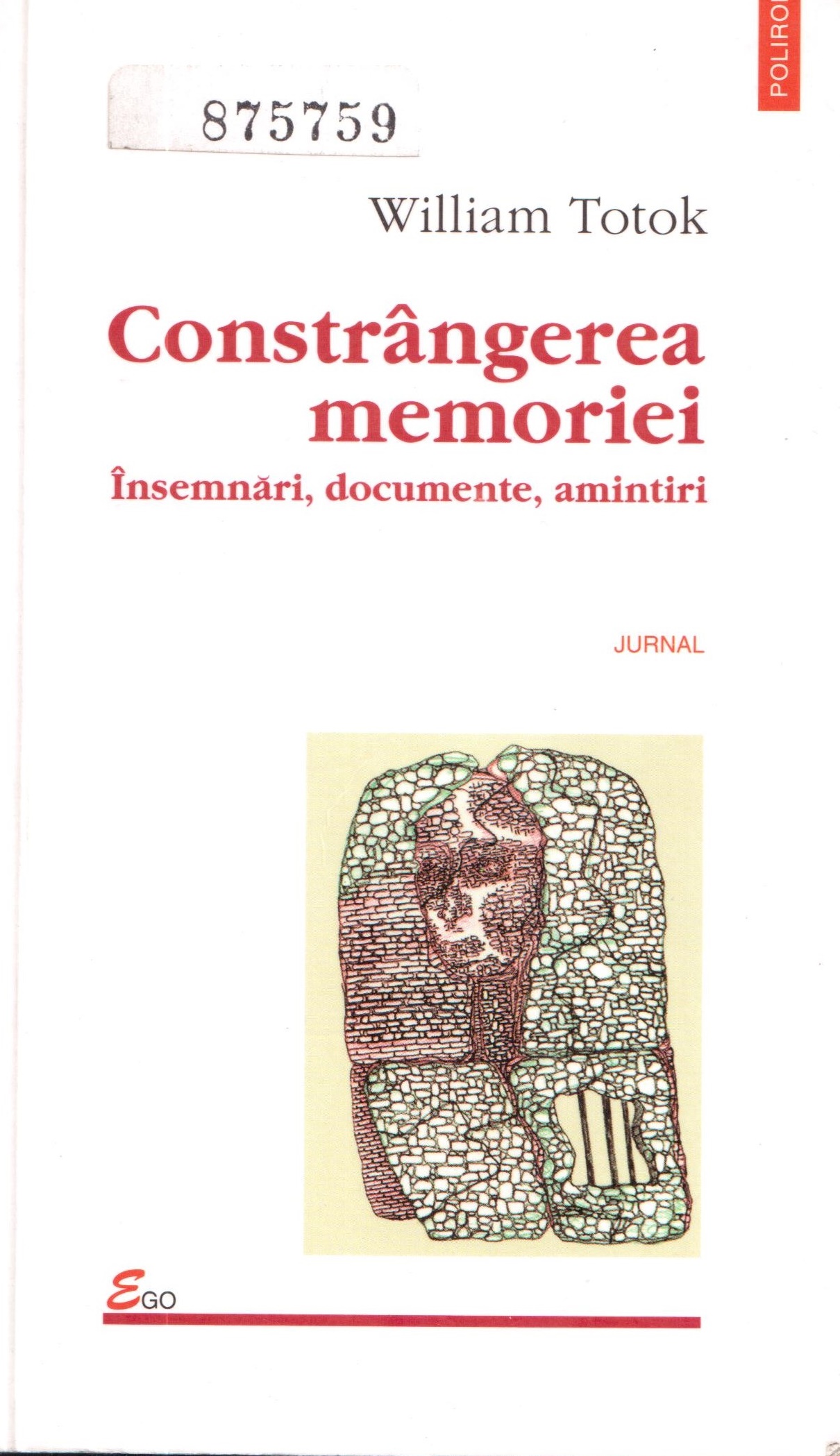 In the period from 1975 to 1976, William Totok spent more than eight months in arrest at the Securitate for his involvement in the Aktionsgruppe Banat literary group, considered subversive by the authorities,and for his criticism of Ceaușescu’s political regime. Totok was released in June 1976 after the publication in the newspapers Frankfurter Rundschau and Le Monde of articles presenting the abuses of the communist authorities in his case. After his release, Totok drew up a manuscript of memoirs entitled Projekt für eine intellektuelle Extermination (A project for an intellectual extermination), in which he recounted his experience as political prisoner. In May 1982, the Securitate carried out a search at his domicile and at that of one of his friends, the Romanian-German writer Horst Samson. On this occasion several documents were confiscated, including one copy of the manuscript of these memoirs (ACNSAS, I 210 845, vol. 2, 265–66; Totok 2001, 107–108).

In this manuscript, Totok recounts in detail the conditions in the political prison in Timișoara, the interrogations carried out by the Securitate, and the story of a letter drawn up between the two periods of arrest (Totok was released for a short period in October 1975, only to be arrested again in November 1975). In this letter, sent by his mother to the Federal Republic of Germany after his second arrest, Totok related the dramatic events of the abusive arrest of his colleagues and himself  in October 1975 and all the harassments of the secret police. Fortunately, the copy of the manuscript of this memoirs that was confiscated by the Securitate was not the only one. Totok managed to hide a copy and to smuggle it out of the country to the Federal Republic of Germany after his emigration in March 1987. In 1988, Totok published a revised and extended version of this manuscript under the title: Die Zwänge der Erinnerung: Aufzeichnungen aus Rumänien (The constraint of memory: Recollections from Romania).