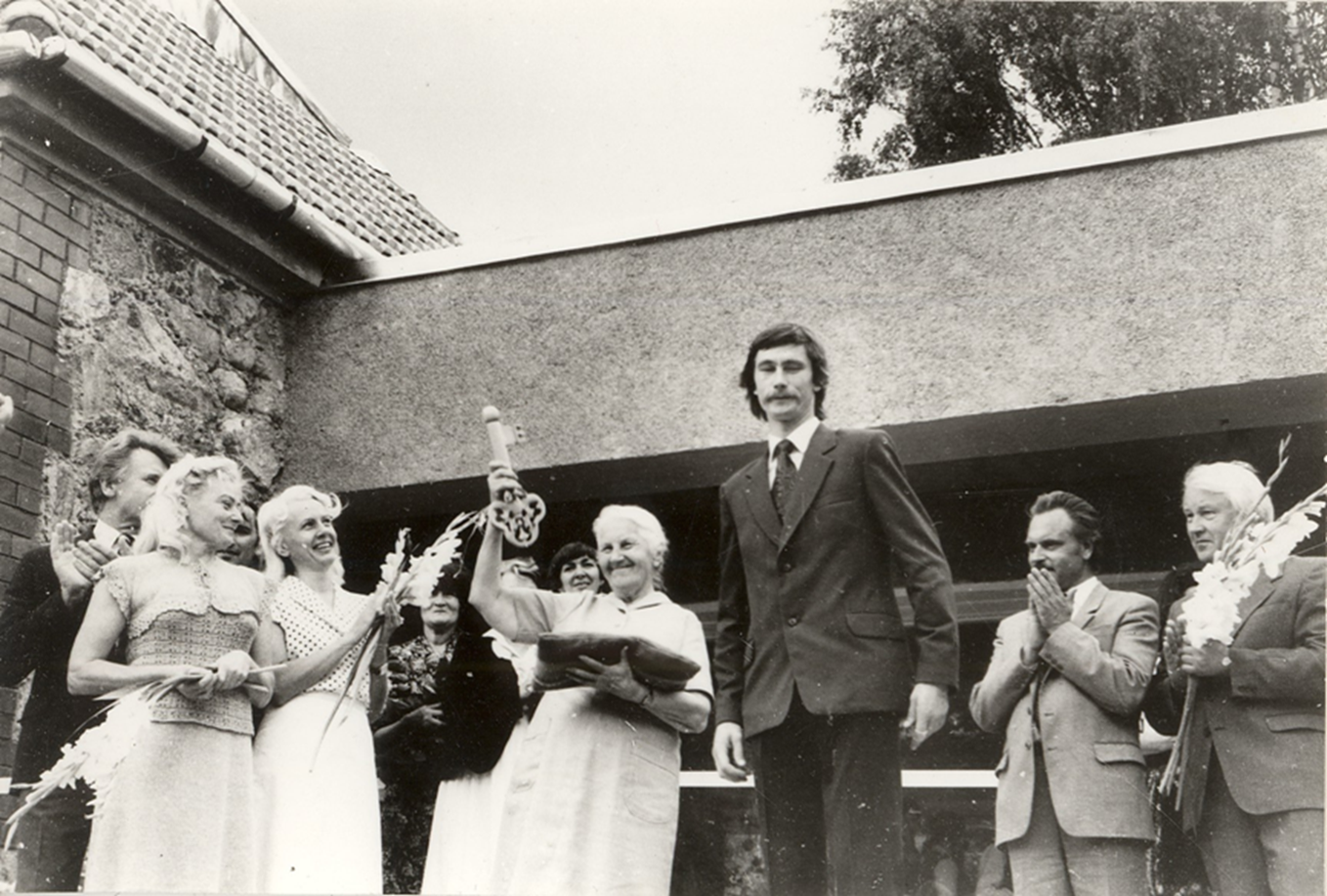 The Madona Museum of Local History and Art was founded in September 1944, when the Madona district Communist Party first secretary Ieva Pliesmane supported the initiative by Elza Rudenāja (1911-1998) to establish a museum. Before the Second World War, Rudenāja had studied history at the University of Latvia, she was particularly interested in archaeology, and had some experience of museum work. The basis for the museum was the remnants of the collection of the Cesvaine school museum, but they were badly plundered during the hostilities. The energetic and determined Rudenāja asked for the support of the local population and officials to get more artefacts for the museum’s collection, and the response was great. In 1945, Pliesmane was removed from her post for being too soft on kulaks and other elements thought to be unreliable by the Soviet regime. Her successors were not interested in the museum, and it was constantly harassed by the local authorities and by state security until the mid-1960s, especially because Rudenāja employed several people who were victims of Soviet repression (Vladislavs Urtāns was one of them). Nevertheless, the museum survived, and became one of the best local history museums in Latvia. Although Rudenāja was not a Party member (she declined offers of membership several times on different pretexts), her social skills and her good relations with officials at the Ministry of Culture and with many cultural personalities helped her to retain her position and to improve the museum’s reputation. From the mid-1950s, several memorial museums to writers and other cultural personalities were established in the Madona region, and these museums became branches of the Madona Museum. From the mid-1960s, the attitude of local officials towards the museum improved, and it received more support from the local authorities, especially after 1970, when Leo Bērziņš became the first secretary of the district Party committee. In the 1960s, painters with their roots in the Madona region started to donate works to the museum, and in later decades a noteworthy visual art collection was established. In 1984, a new exhibition hall was built in order to properly display the museum's collections. In 1990, Rudenāja fell seriously ill, and Līvija Zepa took over her post. In 1997, Elza Rudenāja was awarded the Order of Three Stars for her unique endeavors. Under the Soviet regime, the museum came under the supervision of the Ministry of Culture and was funded by the state. In the 1990s, like other local museums, the Madona Museum of Local History and Art was handed over to the local government. The museum is involved in various activities and projects. It was established by Rudenāja with a clear purpose: to preserve the cultural riches of the Madona region, in order to maintain the local and national identity, and this aim did not diminish in later decades, despite pressure from the Soviet authorities.