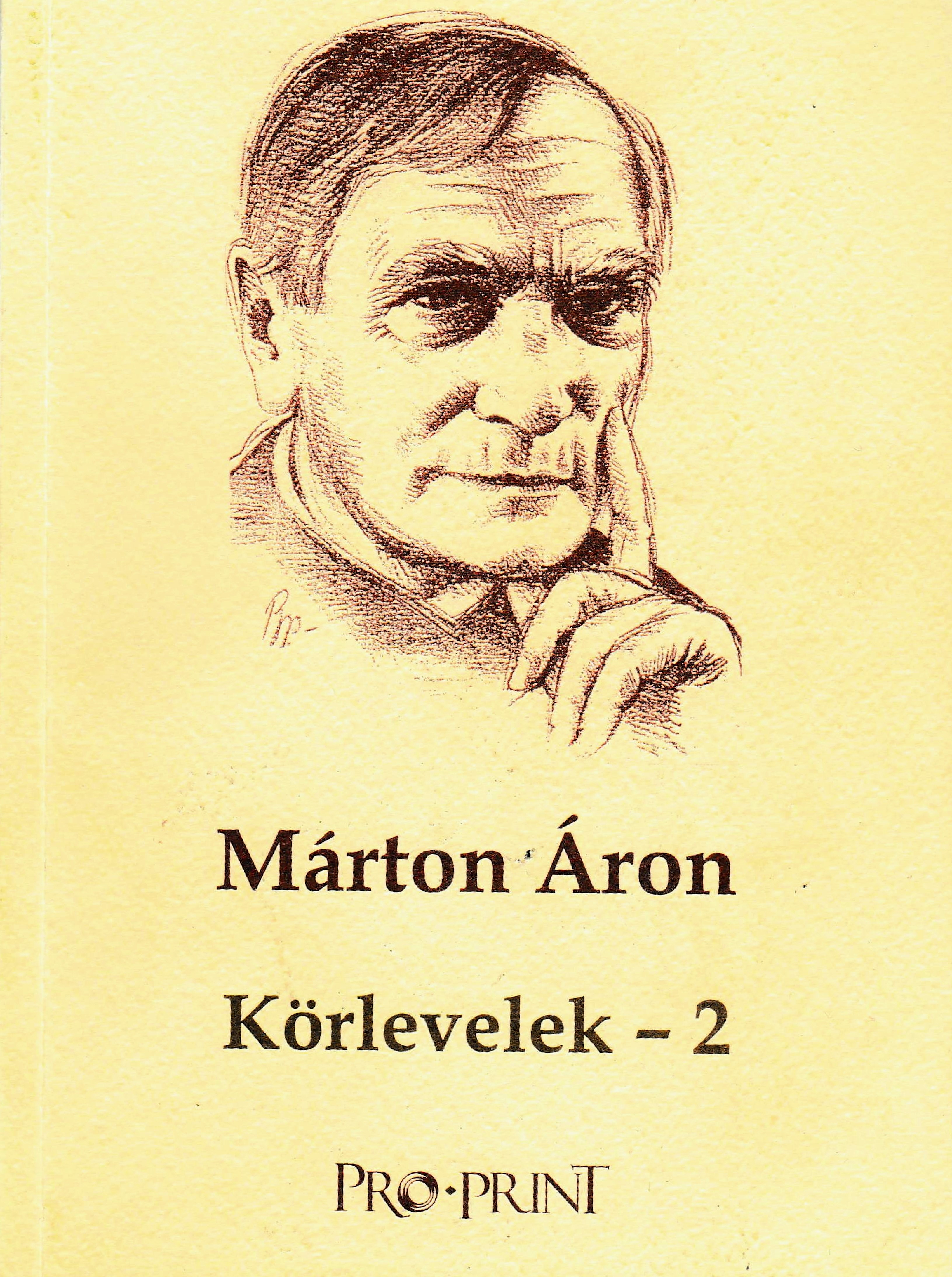 As a continuation of the eleventh volume covering the time interval between 1938–1947, the twelfth volume of the Áron Márton’s Legacy series, based on the materials stored in the Archiepiscopal and Capitular Archives within the Archdiocesan Archives in Alba Iulia, respectively, in the Áron Márton Museum, contains the bishop’s circulars written during the communist era, between 1948–1980.

Despite the guarantee of “freedom of conscience and of religion” laid down in the text of the new Constitution published in 1948, laws and decrees restricting the rights of churches were passed one after the other. In attacking the Catholic Church the Party first eliminated the formal obstacle: on 19 July 1948 the Presidential Council of the Romanian People’s Republic unilaterally cancelled the concordat concluded with the Holy See in 1927. Then they proclaimed the so-called “School Law” no. 175 of 3 August 1948 and the associated Decree no. 176, which was followed by the so-called “Law of Religious Denominations” of 4 August. The latter law, beside imposing a strict control over religious denominations, prohibited, by its Article 41, the enforcement of papal jurisdiction in the Romanian People’s Republic, thus rendering the existence of the Catholic church impossible. As opposed to the other thirteen denominations operating on the basis of rules of organisation and operation, this article of the law was immediately responsible for the “tolerated” status of the Catholic church until 1990. Already from the very beginning the communist system closely monitored persons and institutions that held different views, and these included, apart from the Catholic clergy considered as an enemy of popular democracy, also the Catholic church, which lacked a Statute.

In these hard times, amidst the attacks and warnings, Áron Márton could resort only to his circulars in order to encourage and spiritually strengthen his priests and congregation, as he had no alternative than to deal with the existing laws. In 1948 – according to the twelfth volume – he issued twenty circulars, the contents of which shed light on the violent nature of the dictatorship and its anti-religious manifestations. After the nationalisation of church schools, the operation of the Seminary was also of pressing concern to the bishop, as due to the elimination of financial support, the maintenance of the institution became the task of the diocese. He successfully asked for help from congregation members: “Please be of help in our poverty even amidst your own poverty.” Religious teaching is, after the preaching of the Gospel, the most important field of pastoral service. The new system primarily targeted young people with its materialistic teachings and it was not accidental that by means of the law of public education it banned religious education from the institutional curriculum, finding ways and means to interfere also in extracurricular education. Áron Márton recognised and put on paper the road to escape: “After the elimination of religious education from the school curriculum, Catholic families are facing a new task,” and called upon parents asking them to undertake the religious education of their children in a conscientious and responsible manner. He also used circulars to indicate the proper Christian conduct for the difficult times that awaited his priests and congregation members, preparing them for the challenges and all the while cautioning them against opportunism. At the same time in his circular from 6 October 1948 he adopted an adequately strict tonality: “I hereby inform all Catholic congregation members, that any Catholic priest or believer, irrespective of Catholic ritual, who participates in any assembly held with the purpose to promote his/her break-away from the Catholic church, shall be immediately ostracised from the Church without the need for any further measures.” The same circular stipulated the support to be offered to the Greek Catholics, too: “I hereby call upon and ask my R[espected]. Priests, to display courteous love in offering the greatest possible religious support and help to our Greek Catholic brothers, and whenever necessary, to readily put our churches, chalices, and ecclesiastical equipment at their disposal so that they can officiate masses according to the Eastern rite. Let us pray for them!” On 20 October 1948, the bishop repeated the issue of support, clarifying things: “My R[espected]. Priests may only grant permission to Greek Catholic priests to officiate masses in our churches, if the Greek Catholic priests in question are prevented by external circumstances from officiating masses in their own churches and if they have indisputable, positive knowledge of the fact that they had not signed the declaration of schism, or that they have received final absolution from ostracism, and in case of suspicion in this respect, we must await the up-to-date certificate issued by the competent Ordinarius regarding the fact that the persons in question are not under ecclesiastical punishment.”

During the six years following Áron Márton’s arrest his circulars ceased too. On 25 March 1955, a day after his return from prison to Alba Iulia, the bishop issued a new circular. In order to eliminate the atmosphere of distrust generated by the lack of priests and by the authorities he asked for two things from his priests: discipline and work. He received authorisation from the state authorities to turn to the pope first in a telegram, then in a letter. However, the maintenance of contact with Rome was rather difficult as in 1955 official records were delivered only haltingly. The bishop who animated even dormant souls continued to be not particularly welcome, and by virtue of the government decree of 5 June 1957 they restricted his free movement and office administrative work, confining the bishop to his room for eleven years by force. They supplemented this “punishment” by imposing a restriction on the subject-matter of his circulars, too. The bishop was only allowed to communicate measures regarding official matters to his priests: retirement, tax and financial rules, provisions concerning the preservation and restoration of monuments, dispositions regarding the liturgy and spiritual exercises for the clergy, priest training, chorister training, issues pertaining to religious education, etc. However, beyond this, the preparations for the second Vatican Council (1962–1965), his works and the implementation of his objectives, and the announcements of the holy years (1965–1975) encouraged him to write circulars. These circulars expressly contain ecclesiastical notifications and calls for prayer.

The volume also contains several draft circulars and documents written upon “request,” which can be explained by political historical factors. One of the manifestations of the political elite in Bucharest in its rapprochement efforts towards the West was that already from the early 1960s it sought the favours of churches, as with their mediation they could approach the more important countries and thus they could obtain the abolition of certain economic restrictions. It may be no accident that Áron Márton’s house arrest was also suspended precisely in November 1967. In February 1968 Ceaușescu summoned the Romanian religious leaders and in August 1968, at the time of the invasion of Czechoslovakia, he initiated the issue of a common circular which Áron Márton also complied with. At the same time, grabbing the opportunity, the bishop also submitted a separate declaration to the government, in which he expressed his views regarding the Hungarian Revolution of 1956. In 1973, on the twenty-fifth anniversary of the proclamation of the Romanian Socialist Republic, and in 1974, on the thirtieth anniversary of the liberation from German occupation, which was then the Romanian national day, the communist authorities also asked for festive manifestations from the bishop. However, these remained only drafts, as their contents (the bishop raised his voice in the interest of his people living with a minority status) prevented them from obtaining authorisation for distribution.

In 1974, following a serious surgical intervention, Áron Márton decided to adopt a more restrained work schedule and assigned part of his duties to his suffragan. From then on the number of his circulars decreased; he issued only a few of them in a year. His last circular, in which he said goodbye to his diocese, was drawn-up in 1980 by the suffragan Antal Jakab, theology professor József Huber, and office director Lajos Erőss on the basis of the bishop’s earlier circulars. However, it was still signed by Áron Márton himself.