Gratulation to Václav Havel from Ivana and Pavel Tigrid, 1998. 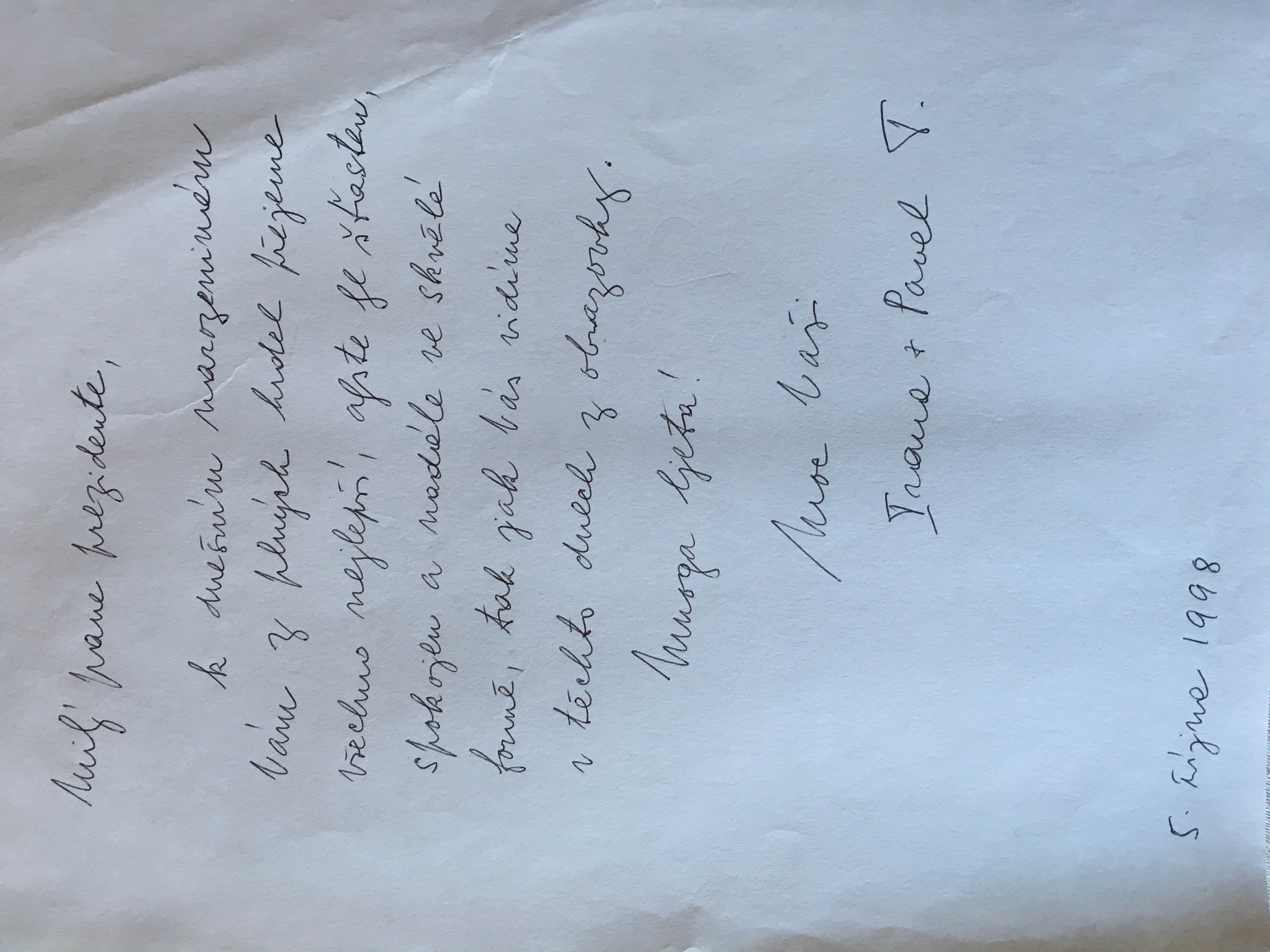 Congratulations to President Vaclav Havel from Ivana and Pavel Tigrid, sent to him by fax on 5 October 1998, at 2:52pm. Pavel Tigrid and Václav Havel held a long-standing friendship that began in the spring of 1968 when Havel returned from the United States. They scheduled a short meeting in the transit area at Orly Airport in Paris, which then stretched into a whole week that Havel spent at the Tigrid House in Héricy near Paris. In this case, the encounter happened to be when pilots and air dispatchers went on strike at the airport. Tigrid even met Havel and his wife Olga briefly in 1969 when they visited him on his trip to France. After that, Václav Havel was deprived of his passport for a long time, about twenty years, leaving only telephone and written contact between Tigrid and Havel. And it was Havel, who invited Pavel Tigrid to Prague in December 1989 for his inauguration. Tigrid returned to his homeland after over forty years away to help build a democratic state.