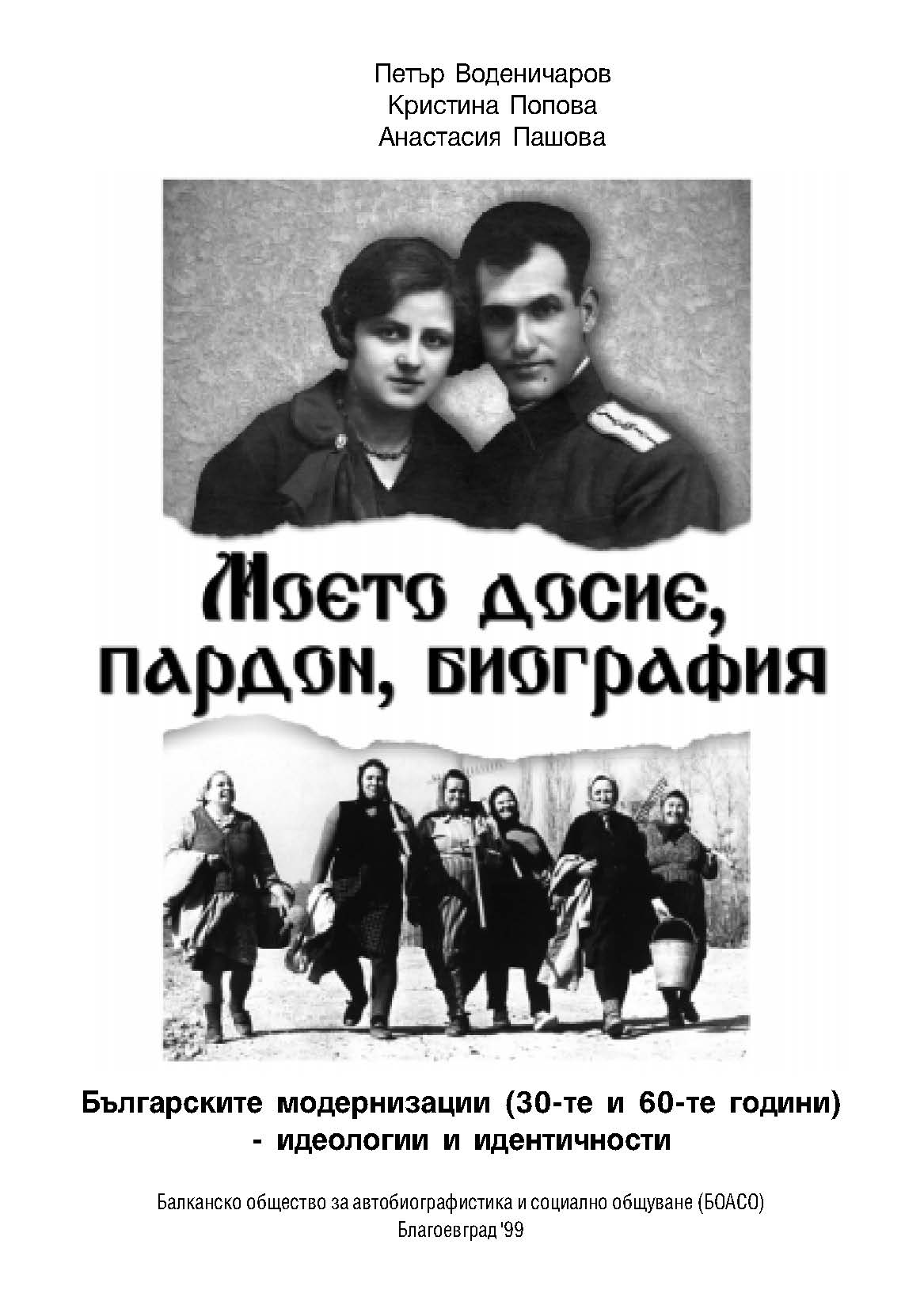 The book My Dossier, Pardon, Biography. Bulgarian Modernizations (1930s to 1960s) - ideologies and identities was published in 1999. It contains 20 autobiographical narratives from southwestern Bulgaria, collected through the biographical interview method by members of the Balkan Society for Autobiography and Social Communication (Petar Vodenicharov, Kristina Popova, Anastasia Pashova).

By collecting and publishing popular autobiographical histories, the Society aims at developing sensitivity for the life of "ordinary" people who did not belong to the communist power structures, nor to prominent dissident circles. The memories of the interviewed people born in the first decades of the 20th century, most of them in southwestern Bulgaria, reflect social realities from different periods of state socialism and the period of transition in the early 1990s. The narratives reveal experiences of and resistance against collectivization, the experiences of persecution due to social or ethnic origin, the outcome of the religious policy of the communist party and forms of everyday opposition against it. The autobiographical narratives show the pressure of the official biographical norms and tropes of the communist period which have influenced autobiographical narratives and private life: traces of keeping secret dangerous moments, the concealment of an "inappropriate" childhood, and its "forgetting" in the family narrative. But they also powerfully reveal forms of narrative and practical resistance as ways of asserting one's own identity.