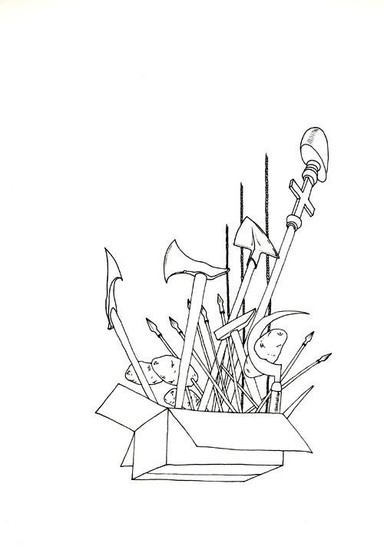 The exhibition presented the key theme of the 20th century: visual renditions of the concept of the Slovak nation, its beginnings, and the sense of its existence.
Its aim was to clarify to what extent various forms of the Slovak myth are merely a romantic anachronism manifesting itself in the modern period or perhaps a manifestation of the crisis of collective identity; it also represents its natural search for identity. This frequently misused subject in history – in fact a complex of themes under the title “Slovak Myth” – is illuminated in the exhibition and in a miscellany of interdisciplinary work. It is a catalogue of a wide range of works including painting, sculpture, drawing, graphic art, photography, new media, and film, but also artefacts of folk culture and historical documents.