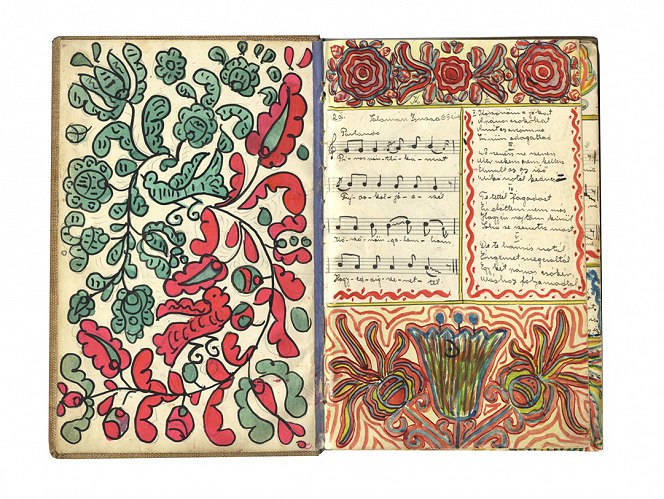 The items stored by the museum – from its launch in 2010 until 2017 – represented the material of sixteen travelling exhibitions. The collection of objects was displayed in the form of more or less extensive travelling exhibitions outside of Răscruci, not only in Romania (2011, Călugăreni, Mureș county, where the furnishings of the Răscruci clean room was displayed), but also abroad, in Hungary (2013, Sárospatak) and in the Republic of Moldova (2014, Chișinău), where the ensemble of objects from the Transylvanian Plain was exhibited. In recent years exhibitions in Hungary have gained more significance. First, in 2016, there was a one-month exhibition in Berettyóújfalu, featuring photos and various objects from the Transylvanian Plain, followed by a display of textiles originating from Zoltán Kallós’s collection areas in Dunaújváros.

The most significant among the travelling exhibitions in Hungary is the exhibition encompassing Kallós’s entire career, launched in March 2015 in Szentendre (Hungary) and bearing the title Indulj el egyúton... Kallós Zoltán (Set off on a Road... Zoltán Kallós), financed by the Hungarian Ministry of Human Resources, the Research Institute for National Strategy in Budapest, and the Hungarian Open-Air Museum in Szentendre. The exhibition presented the life and work of Kallós on three locations in three parts. The materials on display in the Skanzen Gallery, featuring folk costumes, objects, photos, and documents in the context of the Set off on a Road… Zoltán Kallós Life-work Exhibition were lent by the Hungarian Heritage House, the Janus Pannonius Museum of Pécs, the Zoltán Kallós Foundation, the Ethnographic Museum, the Institute of Musicology of the Hungarian Academy of Sciences, and the Transylvanian Ethnographic Museum of Cluj-Napoca, among others. In parallel to the exhibition, the Pont Itt Gallery of the same institution housed a display of selected photos entitled With the Camera in the Hand – A Selection of Zoltán Kallós’s Transylvanian Photographs. Beginning on5 April, the above-mentioned exhibitions, which opened to the public on 13 March 2015 were joined by the Tánccsűr/Dancers’ Barn in Sonkád in the Upper-Tisza Region, which evoked the atmosphere of the folk music and folk dance camps at Răscruci.

The exhibition presents the life span of an identity-building personality who did his best to rescue the system of values pertaining to a disappearing era, and, along with other representatives of the dance-house movement revived this spirit and lifestyle. The exhibition focused on the scholar behind the regions, buildings, and interiors, placed the researcher in the centre of attention. Kallós’s career revolved around service, which implied the saving, preservation, and passing on of numerous spiritual and material assets. Early on, he became aware of the accelerating changes undergone by traditional culture and dedicated his whole life to research.

Invited to Romania, the exhibition bearing the title Set off on a Road... Zoltán Kallós was made accessible to the public in several locations: in 2016 in the Székely National Museum of Sfântu Gheorghe, in 2017 in the Haáz Rezső Museum of Odorheiu Secuiesc, and later in the Csíki Székely Museum of Miercurea-Ciuc. The organisation of the exhibitions in these localities enjoyed considerable support from the Zoltán Kallós Foundation, both in terms of personal and material support. The travelling exhibitions were accessible in these localities for a three-month period.