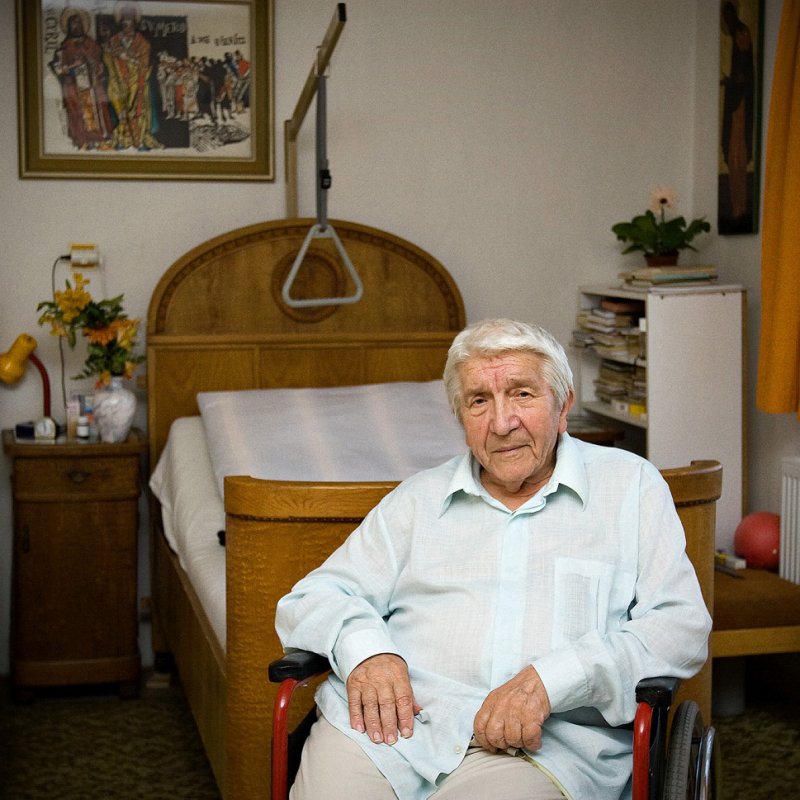 Jan Krumpholc (3 June 1927 Radíkov - September 2010 Olomouc) was a Czech farmer and dissident. During Wold War II the Krumpholc family helped escaped Russian prisoners and partisans. After February 1948 Jan Krumpholc joined the anticommunist resistance. In spring 1949 he was arrested and sentenced for treason and espionage for 15 years in prison. He served his sentence in uranium mines in Jáchymov and in one of the hardest labour camps, the stone-pit Mořina. After release in 1969 due to an amnesty he changed several jobs. At the end of the 1970s he started to copy and distribute Catholic samizdat. In the basement of his house in Radíkov he had a manual duplicating machine. At that time, the Vicar-General in the Olomouc Archdiecese was Dr Antonín Veselý, a well-known „patriotic priest“ who collaborated with the communist regime. At the beginning of the 1980s Krumpholc was sentenced to 3 years prison for these activities, but for health reasons, he did not have to serve his sentence. Audio recordings of Krumpholc’s recollections have been preserved by the association Stopy paměti in Olomouc (stopypameti.cz/jan-krumpholc).