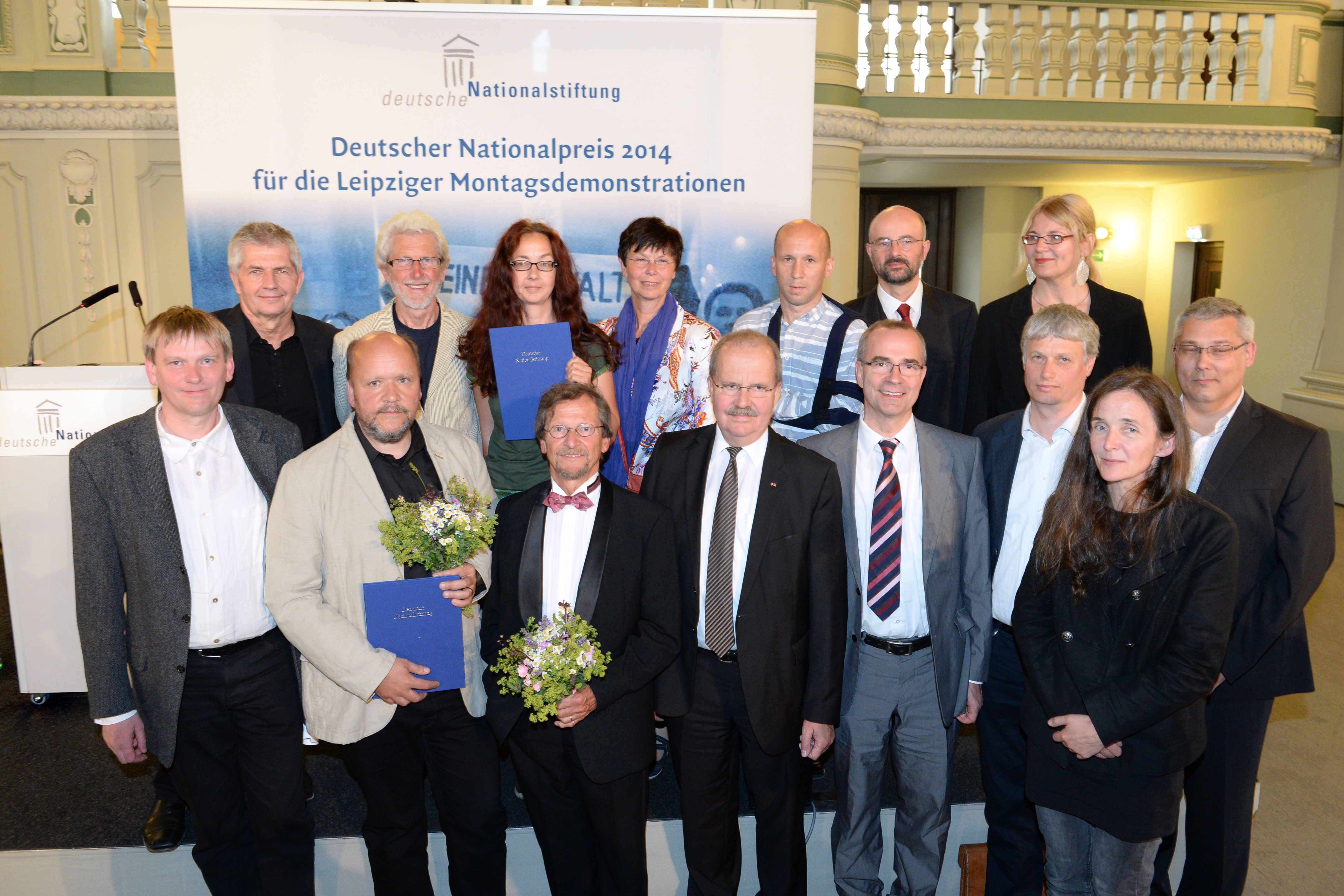 The German National Foundation has awarded a national prize since 1997. In 2014, the foundation awarded the prize collectively to representatives of the Monday Demonstrations in Leipzig – the Reverends Christian Führer and Christoph Wonneberger, the civic rights activist Uwe Schwabe, as well as the Civic Movement Archive in Leipzig (ABL). Since its foundation, the archive has preserved written, visual and audio records of events leading up to and during the autumn of 'system change.' The prize money of 30,000 Euros was put towards the acquisition of new technical devices.