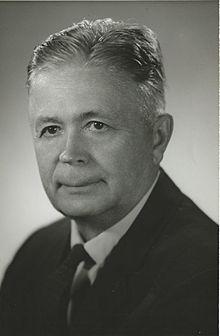 Dinko Tomašić was a Croatian-American sociologist who was born at Smokvica on the island of Korčula on April 23, 1902. He attended classical gymnasium in Split and earned a law degree from Zagreb University in 1926. He was employed as a statistician at the Public Health Institute in Belgrade afterwards. He went on leaves to study sociology at the Sorbonne in Paris and the University of California at Berkeley from 1932 to 1934, where he learned about American sociology (Kadić: 1975).

During this period in the homeland, he dedicated his efforts to the sociology of the Croatian nation, as reflected in two books: Socijalni razvitak Hrvata (Social Development of the Croats) in 1937 and Politički razvitak Hrvata (Political Development of the Croats) in 1938. In them, he discussed the dualism of Croatian culture, which he divided into tribal culture and cooperative (zadruga) culture. He later applied the same concepts to describe the communist revolution in Yugoslavia, which he argued was the expression of the triumph of the tribal cultural type that strives for authoritarian rule and personal dictatorships. Tomašić tended to dispute the anthropological work done by Serbian geographer Jovan Cvijić, who glorified the Dinaric culture, regarding it the best exemplar of the Serbian national spirit. Besides criticizing the tendency to identify it with Serbianism, Tomašić also warned the public that the warrior and heroic Dinaric culture had another negative trait in its mentality, such as the inclination to violence and plunder and the desire to obtain wealth without hard work (Rihtmann-Auguštin, 1993: 970).

Prior to the outbreak of the war in Croatia and Yugoslavia, he was invited to the United States by St. Louis University. For a brief time in 1942, he stayed at Lawrence College in Wisconsin, and then he taught sociology for the rest of his career at Indiana University in Bloomington, from 1943 to 1972. During the war, he joined a Croatian group gathered around the Croatian Peasant Party in the Yugoslav government-in-exile. For a time he was also an adviser to Ivan Šubašić, who later negotiated with Tito on behalf of the Yugoslav government-in-exile in 1944. After the war, as an opponent of the new socialist order and an advocate of the democratisation and federalization of Yugoslavia, he remained in the United States, where became a consultant to the Secretary of State for Yugoslav affairs. Tomašić advocated for a dual confederal Yugoslav state along the line of the old religious Catholic-Orthodox division, in which one would be a Catholic unit consisting of Slovenia and Croatia and the other an Orthodox unit consisting of Serbia, Montenegro and Macedonia (Tomašić, 1993: 938). During his life in exile in the United States, he moved way from political work, but still maintained relations with one of the most prominent leaders of the Croatian Peasant Party in exile, Juraj Krnjević.

In the following two decades, until the end of the 1950s, he initiated a series of investigations at Indiana University in Bloomington which dealt with communist societies, placing special emphasis on Croatia and Yugoslavia. Based on this work, he published the following studies in English: Personality and Culture in Eastern European Politics in 1948, Impact of Russian Culture on Soviet Communism in 1953 and National Communism and Soviet Strategy in 1957. Tomašić's book about the influence of Russian culture on Soviet communism was criticized by Russian émigrés in America. In 1958, Tomašić travelled to Europe, to Munich, where he worked for Radio Free Europe and continued his research into Eastern European communist systems. By the end of the 1960s Tomašić began to scrutinize Chinese communism and the cult of Mao. However, a book on this subject, although announced, was never published and the manuscript was not found in the collection at the Hoover Institution. Tomašić wrote numerous articles in the American journals mostly specializing in Slavic matters, but he also published articles for newspapers published by Croatian political émigrés, such as the Journal of Croatian Studies, Studia Croatica, and Hrvatska Revija (Kadić, 1975).

Tomašić was among the first scholars who introduced sociology as a science of society in interwar Croatia. He was banned during the communist regime because his sociology was based on the Marxist model. He was the first scholar in the field of social sciences in Yugoslavia who began to apply on cultural, anthropological and socio-anthropological points of view. He was censored for disseminating the ideas and opinions of the “Croatian bourgeoisie” and therefore he critically examined Titoism and the new revolutionary social changes which were implemented by the Partisan-communist movement (Rihtman-Auguštin: 1993, 969). He died at the age of 73 in Bloomington, Indiana on 7 August 1975.