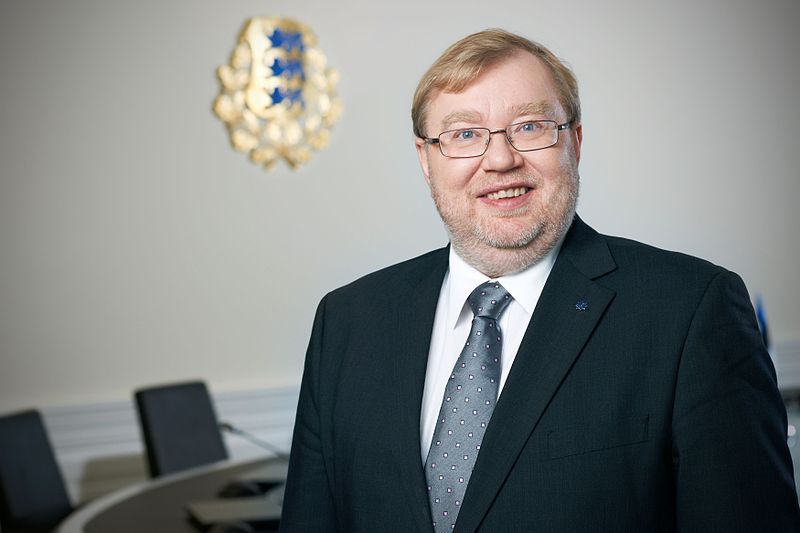 Mart Laar (b. 1960) is an Estonian historian and politician. He was prime minister of Estonia in 1992–1994 and 1999–2002. As a historian, he has written a large number of books about Estonian history (some have also been published in English, Russian, German and Finnish), and several textbooks.
He studied history at the Tartu State University in the early 1980s, and was an initiator and active member of the Noor-Tartu (Young-Tartu) student movement. He had the initial idea for a movement to arrange the city space. He got it from Tallinn, where a similar movement of school students was active.