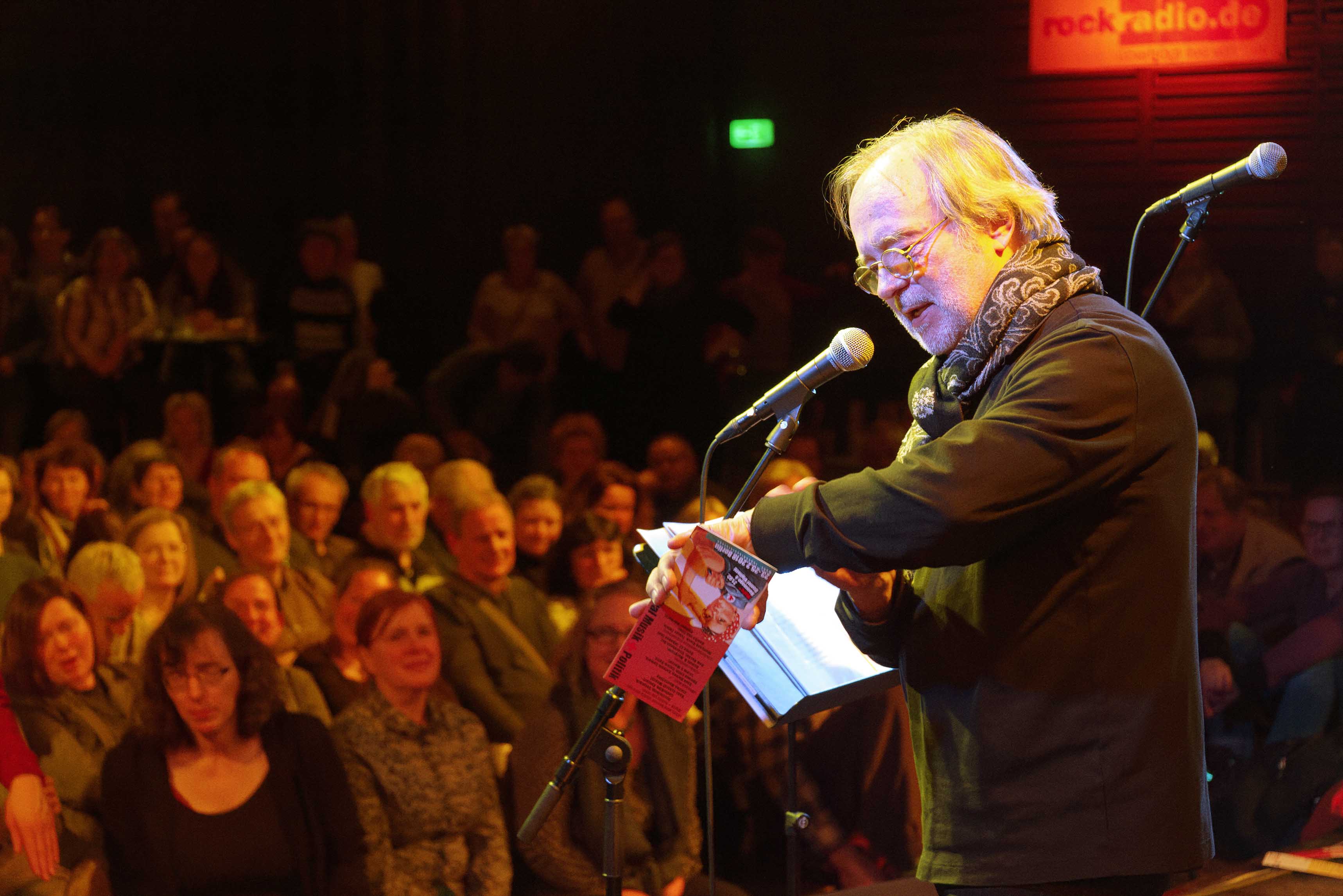 Lust Kirchewitz was the First Chairman of the Hootenanny-Club which was founded in East Berlin in 1966. After a campaign by the SED Central Committee against Anglicisms, the “Oktoberklub” emerged from it one year later and became the most famous song club.
Kirchewitz studied Cultural Studies under Dietrich Mühlberg at the Humboldt University Berlin. In the meantime, he was head and program manager for the Festival Of Political Song. He describes his relationship to the GDR as loyal but not uncritical. Having a socialist attitude, he had always hoped for a democratisation of the GDR. In 1993 he published “Folk, Chanson and Songwriters in the GDR”, an introductory overview of the singer- and songwriter movement in the GDR that is still considered a definitive reference today. In 1991 he was one of the founding members of the Association Song and Social Movements and today he is its chairman.