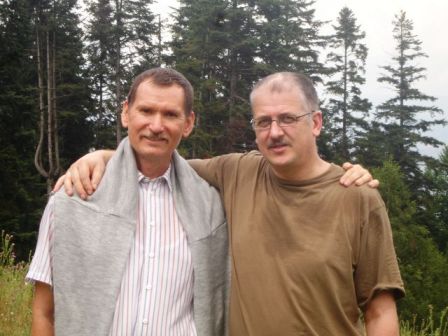 Árpád Varga E. (1952–2011) was a Hungarian librarian, social researcher and statistician. He was born as Árpád Ernszt in Budapest. He studied public education and library sciences at the Teacher Training Institute in Szombathely, where he worked for the municipal library in 1972–1973. He worked at the regional unit of the Metropolitan Ervin Szabó Library in Budapest, then at the Library of the Teacher Training Academy in Kaposvár from 1975 to 1978 and at the Library of the Institute of Public Education from 1978 to 1985. He studied at the Training Educational Academy in Eger in 1979 as well. In 1985, he started to do research on the history of the official census surveys of nationalities, the changes in ethno-demographical relations and the questions of population patterns of Hungarians in Transylvania. He published many books and studies on this topic. Beginning in 1985, he was a librarian at the Library of Informational Institute of Public Education, while from 1993 he was the director of the Library of Cultural Innovation Foundation. He was the only person who received the award of the Central Statistical Office as an outsider for his statistical processing of the population history of Transylvania.