Secretly taken photo from the forced labour camp in Belene 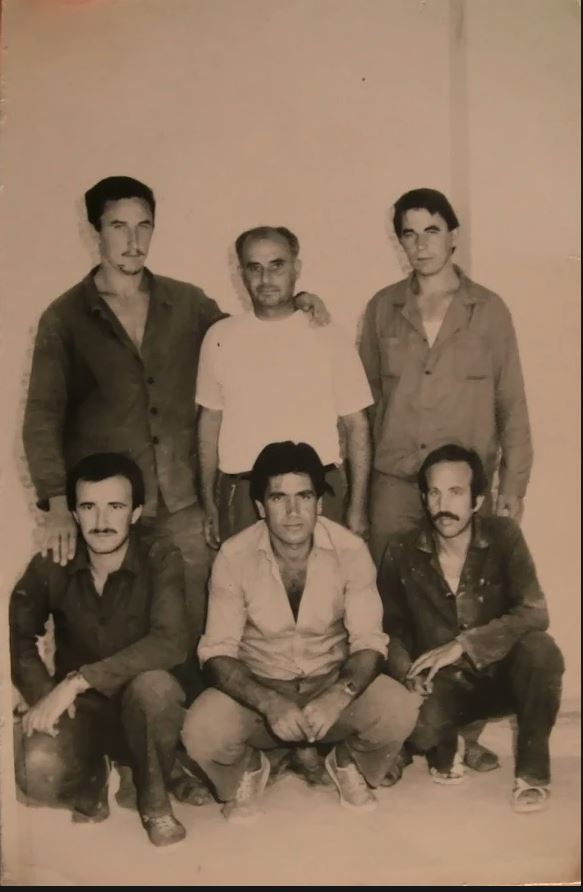 The masterpiece of the collection is a scan of a photograph from the personal archive of Süleyman Kazımov Saadettinov, who showed it to the collector during an interview in March 2010.

Süleyman Kazımov Saadettinov was born on 9 April 1951, in the village of Bashevo, Kardzhali province, Bulgaria. He worked as a mechanical engineer. Süleyman Saadettinov resisted against the so-called “Revival Process” implemented by Communist Party and its campaign of forced name-changing in December 1984 and refused to change his Turkish name to Bulgarian. His resistance was peaceful; he attended a small protest against the “Revival Process”. Because of his resistance, he was arrested and sent to prison and the forced labour camp or the ”concentration camp’, as the collectors define it, in Belene, on the island Persin on Danube river. After about one year he was released and kept on probation until deportation from the country during the summer of 1989. Süleyman Kazımov Saadettinov was expelled with his family from Bulgaria in the summer of 1989, before the collapse of the socialist regime. He and his family found refuge in Turkey. He took the Turkish citizenship. Now he lives in Bursa and has double citizenship – Bulgarian and Turkish.

According to the account of Süleyman, the photograph was secretly taken at a moment when camp prisoners were removed from the camp to work outside of the camp area, near to ordinary workers. In the working area, Süleyman and his friends saw a photographer, taking photos of ordinary workers. They asked the unknown photographer to take a photo of them. The photographer secretly took the photo of the group of prisoners and a week later brought them the developed photograph. When Süleyman was set free from the camp, he took the photo with him.

Süleyman is on the right of the picture, the man crouching and with a mustache.

According to the testimonies of the victims, this is the only photo from 1985 to 1986 period of the forced labour camp in Belene.