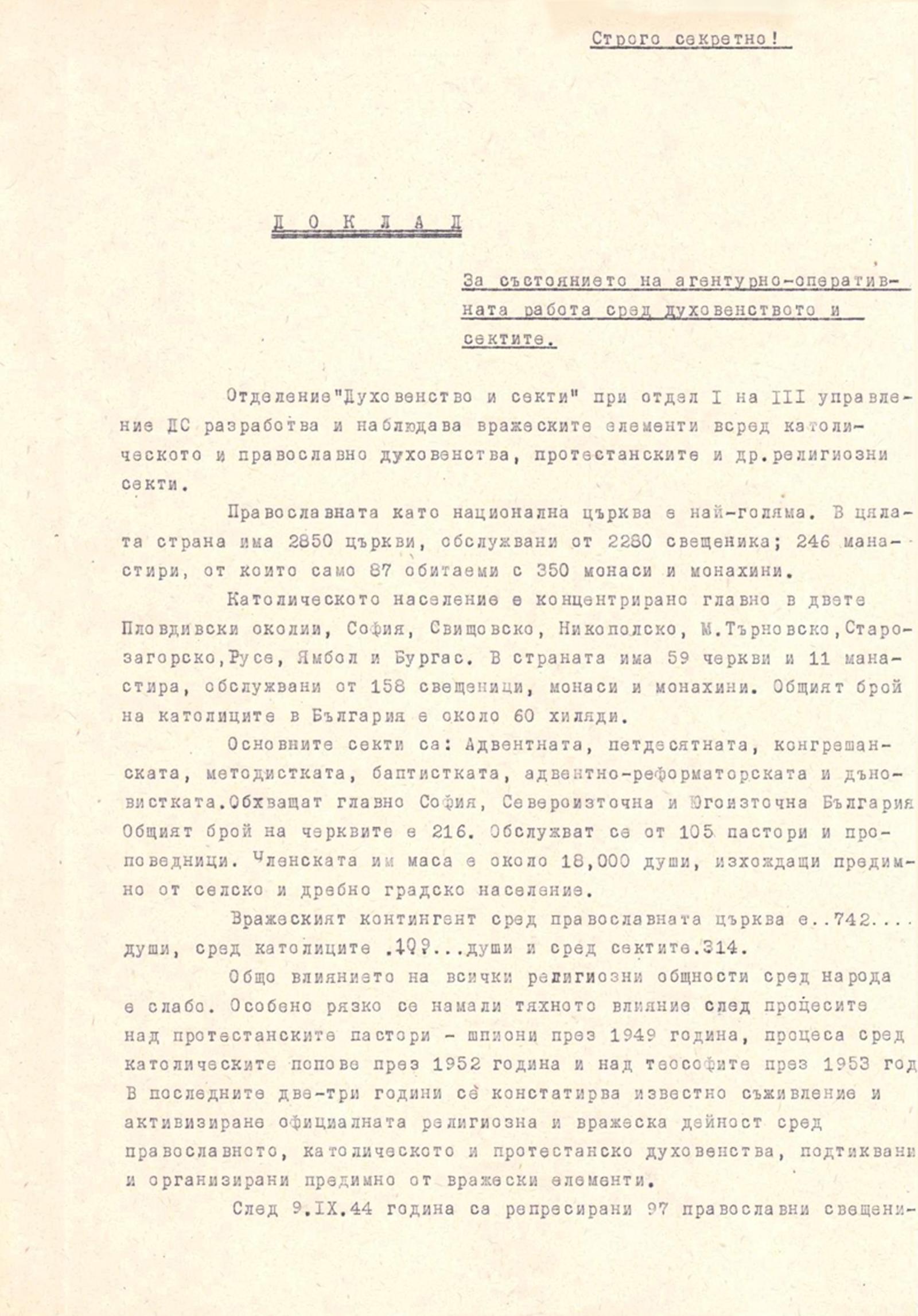 Top Secret! A Report on the State of the Operative Work among the Clergy and the Sects.


The report is dated March 15, 1958, signed by a major general who was head of the Third Department of State Security. The original is stored in the archive of the "Commission for the Disclosure of Documents and Announcing Affiliation of Bulgarian Citizens with the State Security and the Intelligence Services of the Bulgarian People's Army", commonly called "Commission for Dossiers" (Comdos) in Bulgarian.

The report of 15 typographic pages is a report on the work of a special section "Clergy and Sects" at the State Security on the "development" and the observation of the "enemy elements in the Catholic and Orthodox clergy, the Protestants, and in Religious Sects" in the period 1956–1958. The "enemy contingent” is described by place of residence, and statistics are also provided.
After the description of specific "enemy manifestations" and the measures against them, the report on the Danovist sect writes: "In 1957 more than 50 tons of reactionary literature, written by author P. Danov throughout the country was seized, and a financial audit was made, the leadership of the Danovist sect will be obliged to pay to the state over 570,000 BGN of misused funds. The gold estate of the sect at the value of about BGN 30,000 discovered and seized." (p. 4) (The annual average salary in 1957 was 8,151 BGN.) In the operational report is noted that "the institution available is insufficient". The main task is the need to "recruit a force capable of undertaking the destruction [of the sects]" (p. 14).  The result of the financial audit of the Danovist sect is suggested to be used as an argument for the sect to be closed down as a 'faith community'." (p. 15)