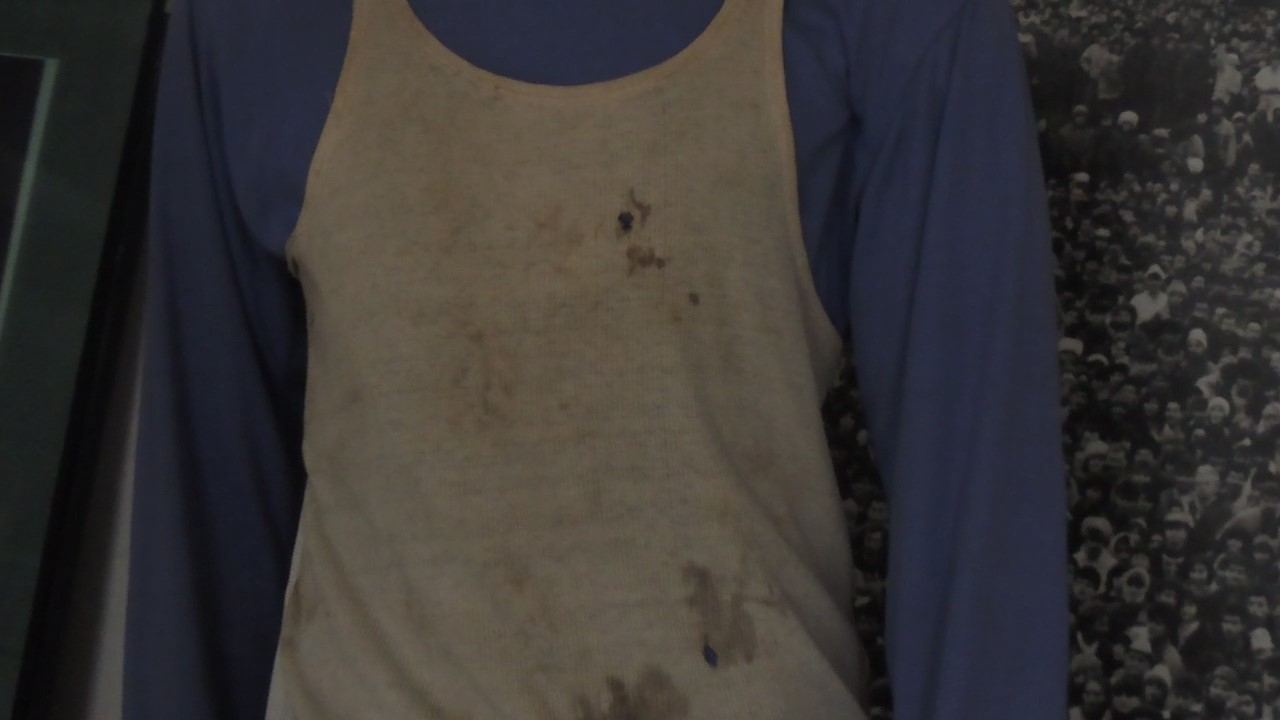 At the Memorial to the Revolution in Timişoara may be seen Lorenţ Fecioru’s vest with the holes made by the bullets that killed him and the traces left by their victim’s blood. This object with a profound emotional charge was donated in 1999 by the mother of the hero-martyr. The material traces of the violent death of this young man are symbolic for all the young people who, with the recklessness and courage of youth, took part in the Revolution of 1989. At the same time, the manner in which he met his death is illustrative of the repression that followed in the days immediately after the outbreak of the popular revolt in Timişoara. Along with over 1,000 others, Lorenţ Fecioru is a martyr of the bloody events that led to the change of regime in 1989 and one of those to whom all Romanians are indebted for the freedom that they enjoy today. It is a civic duty of all Romanian citizens to preserve their memory, a duty that the Memorial has taken upon itself to pass on to generations who did not experience the Revolution of 1989.

Lorenţ Fecioru was one of those who, alongside the poet Ion Monoran, took part in the stopping of trams in Maria Square on 16 December. He died in the night of 17–18 December from the effects of a bullet fired by a sniper straight into his heart. In the public documents issued after the Revolution of 1989, it was initially stated that Lorenţ Fecioru was shot on the steps of the Cathedral of Timişoara. The facts, however, are otherwise, albeit equally tragic. Two decades after the tragedy played out, Lorenţ Fecioru’s youngest son related for a national newspaper what actually happened to his father: “My father was shot by a sniper in the night of 17–18 December. In the Securitate files photographs have been found that were taken during the day, when my father and some of his colleagues from work went out into the street and climbed onto tramcars, onto buses. I understand that in the file is written ‘mission accomplished.’ He was on the balcony with his friends that evening, telling them that he had seen when the photographer took pictures of them and that he was afraid to go out onto the balcony. The moment he went out onto the balcony he was shot. I saw the bullet that killed him, because he was shot in the heart and the bullet came out through his back and ricocheted off two walls in the house. His friends took him to the morgue, and by ‘good fortune’ they found a coffin, otherwise he would have been incinerated like the others.” This version is confirmed by researchers at the Memorial to the Revolution. Gino Rado, the vice-president of the Memorial, mentions that Lorenţ Fecioru was on the balcony at his home on Calea Şagului in Timişoara when he was fatally shot. The vest donated by the family of the hero-martyr Lorenţ Fecioru is on the same ground-floor level of the building of the Memorial to the Revolution in Timişoara, very close to the corner dedicated to the child-martyr Cristina Lungu.