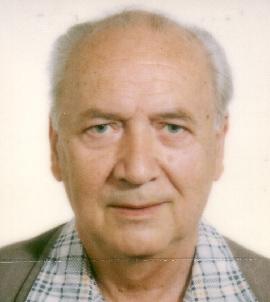 Ferenc Botka was a scholar of Slavic languages and Hungarian, and also a skilled bibliographer who initiated the publication of several sources that have been important from the perspective of the Hungarian cultural history of the political Left. After completing his degree in Hungarian and Serbian Studies at the University of Budapest (today's ELTE), he started his career as a high school teacher of Hungarian and Russian. He published on Mayakovsky. In 1964, he continued his studies as an "aspiráns" (which eventually led to the degree of Candidatus Scientiarum, CSc in the Soviet and Hungarian system of the time) at the Lomonosov University in Moscow. He was doing research on the post-1919 Hungarian emigration in the Soviet Union. After earning his CSc, he worked at the Petőfi Literary Museum. He retired in 1993. Beginning in 1984, he served as the Director-in-Chief of the Museum. In the 1970s, he focused on the interwar Leftist tradition in Hungary. Throughout the 1980s, he studied the Hungarian writer Tibor Déry.

Botka was a convinced communist, and a reliable cadre of the Kádár regime, who was decorated with several state prizes in the 1970s and 1980s. At the same time, he believed in the professional ethos of the archivist and philologist, and he tried to detach himself from all ideological biases when it came to the enrichment of Museum's collections. Precisely because of his political commitment he proved a shield for archivists who started the practice of collecting samizdat materials. He also supported the idea of approaching emigré writers, even the ones who were anti-communist, with the objective of persuading them to donate their personal bequests and archives to the Museum. Through his efforts, he made a significantly contribution to the creation within the Museum of a large samizdat and, especially, emigré collection.