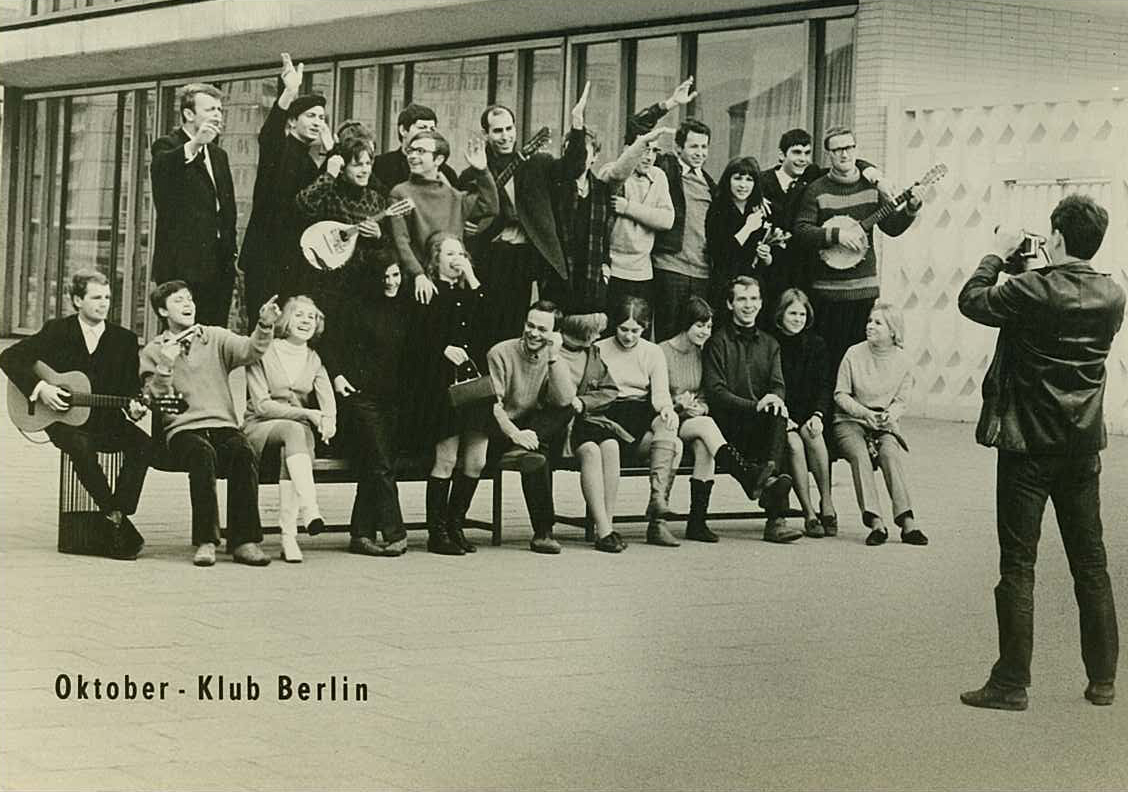 Folk-music caused great enthusiasm internationally. That also expressed itself in a “Hootenanny” club for informal music-playing that was founded in 1966 East-Berlin. Due to an SED-campaign against Anglicisms it had to change its name one year later. Now “Oktoberklub” the FDJ managed to exploit it as the flagship of the songwriter movement. The Oktoberklub also played its part in organising the Festival of Political Song between 1970 and 1990. By 1990 more than 180 people had been members. The Oktoberklub cultivated an idealistic attitude and aimed to shape society, which is one of the reasons it had always been a talent factory for oppositional songwriters.