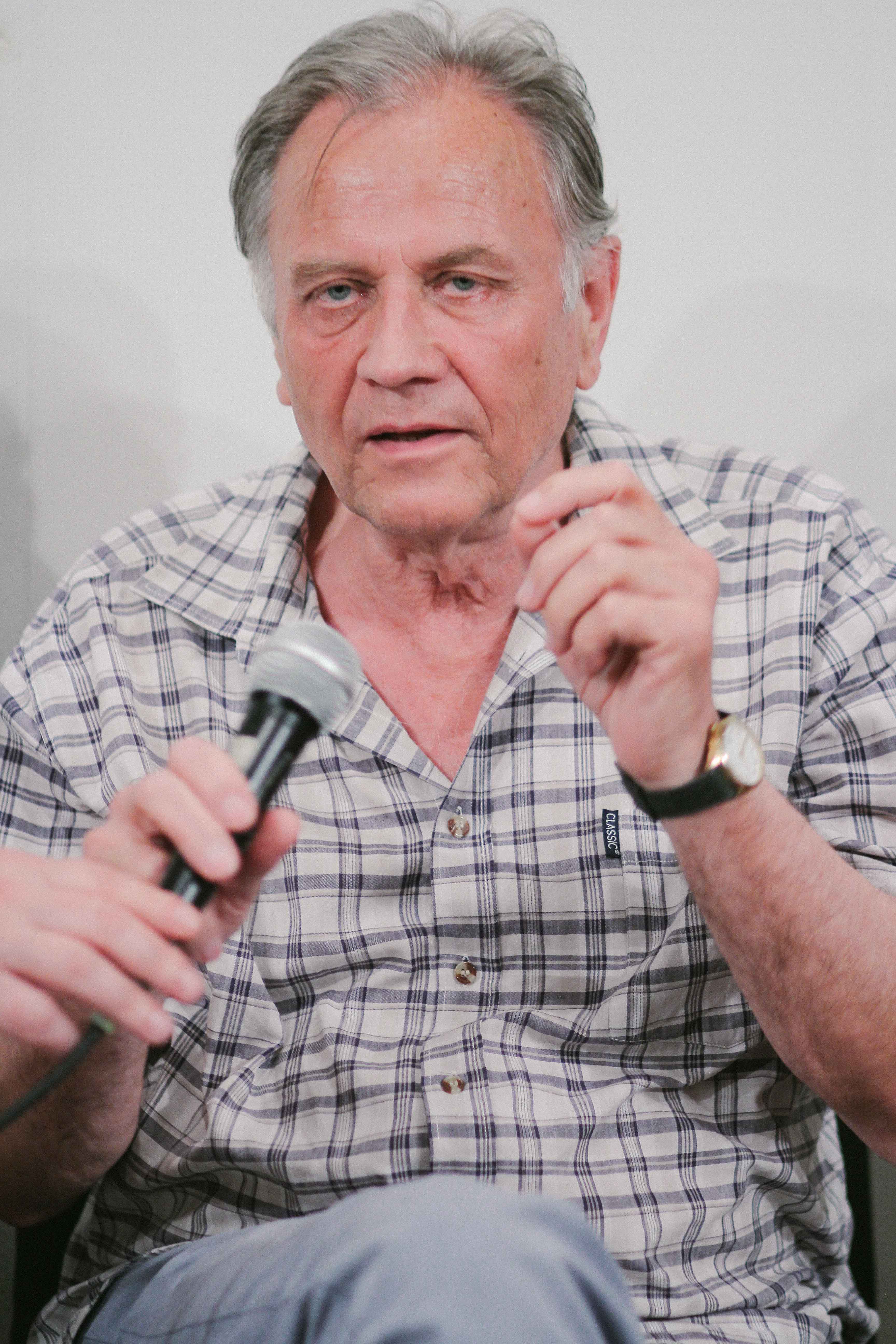 Alija Hodžić was born in 1944 in the town of Stolac in central Bosnia. He studied Sociology at the Faculty of Philosophy in Belgrade. Hodžić was chief editor responsible for the “Student” magazine from the end of 1968 until the beginning of 1970, until a final confrontation with the editorial staff and editing policy at that time. Due to his role at “Student”, he was afterwards unable to find work in Belgrade, and so after graduating in 1972 he was temporarily employed in a young offender institution in his home town. In the following years, he moved to Zagreb where he began work at the Institute for Social Research at the University of Zagreb. He was employed at the institute until his retirement. Hodžić published several books, of which the most important are, “The Village as Choice?” (2006) and “Traces Along the Way – Sociological Fragments of the Modernization Process“ (2008).

In the 1990s, Alija Hodžić took an active role in the anti-war movement. He lives in Zagreb.

About the former system and scope for action, Alija Hodžić says in the interview with COURAGE: “There was a hole in the system – an area in which you could operate outside the ideologically imposed framework. There were different people in the framework of the system, they were not united. Though there was one party, interests were diverse. But in the public eye it looked like unity“. He considers the 1968 movement as having been significant in affirming the aspirations of youth.

Commenting on self-management and the possibilities to reform the socialist system in general, Hodžić explained in conversation with COURAGE: “It seemed to me that self-management had a rational and self-evident premise... that people are naturally interested in improving the conditions of their lives and because of that must, in cooperation with others, autonomously work to advance them, in addition by creating the corresponding institutions. But ’democratic centralism’ with an autocratic ’general secretary’, I was convinced, inevitably challenged this option. I thought that support for such an option could perhaps be found in some kind of socialist political pluralism, in other words that the fundamental aims in the programme of the League of Communists could become the general value system of society, while the political differences in concrete political activity could be expressed through already existing organizations... thus they could constitute themselves alongside and as a counterweight to the League of Communists as autonomous organizations with political activity, and not as transmission ones, and so reform the Socialist Federation, the Trade Union Federation, as well as the Youth Federation and the Student Federation.“

Commenting on the pressure exerted on the staff at ’Student’, Hodžić said: "The dispute resulted from the [magazine’s] above mentioned position on the system, that it was possible and imperative to act autonomously, that different standpoints on the same social issue could be assumed publicly, within the framework of the general value system, and practice founded upon on that, which would be part of the general system of self-management. All this, to a large extent, was refracted through the notion of the ’free press’. We were under the surveillance and control of the party and the security service. Those were unpleasant interviews with party officials on various levels and interviews with the security service person who was responsible for disobedient students. The security service guy, who was from my home region and positively inclined towards me, on several occasions sought me out in Stolac where after the changes at  ’Student’ and having completed military service, I was to be employed... ’We both know you were up to something there in Belgrade, but that has nothing to do with us’.“

After moving to Zagreb, the situation changed to a degree. The pressure decreased, but he remained under surveillance of a kind. Hodžić explained this in the following way: “In Zagreb I had only one meeting with the security service man. He was interested in the activities of the student group, ’Man and the System’, which was led by professors Rudi Supek and Eugen Pusić. The group was almost exclusively made up of economists, philosophers, jurists, sociologists and political scientists from Zagreb, Belgrade and Ljubljana. As a rule, they met once a month to discuss various social issues. I was the group’s secretary. The man signalled that he knew about my activities in Belgrade and my talks with his colleague. I had the impression that on the basis of the information he had at his disposal he expected, from his point of view, a successful interview. I told him that all I could do was to inform professors Supek and Pusić about it, which I did. He took it quite calmly and without any efforts to start any kind of discussion. With that, the interview was over. Recently, some Zagreb newspapers published the records of people who were under surveillance by the security service. Among the names, along with those of several people who had been close to me from my institute and the Faculty of Philosophy, was mine. Who knows on the basis of what criteria the group, according to the classification of the security service, had been branded ’the civil [political] right’?”