Flyer protesting against occupation of Czechoslovakia, 1968 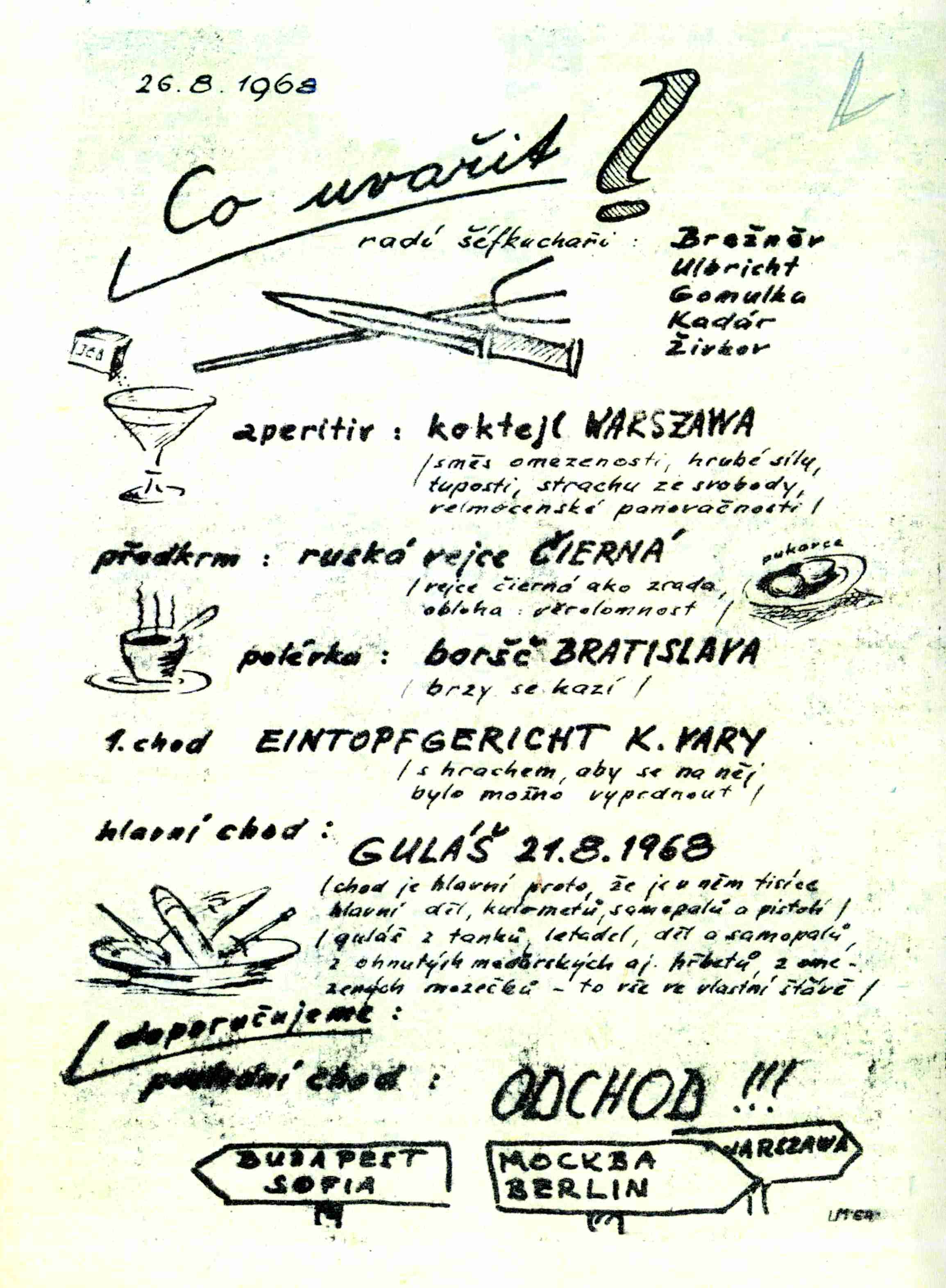 The leaflet was created in August 1968 after the occupation of Czechoslovakia by five armies of the Warsaw Pact. From the beginning of the invasion on August 21, 1968, spontaneous demonstrations of resentment and opposition to the occupation took place. One of the demonstrations of resistance was the display of hundreds of posters, passwords and banners on walls, showcases, trams and buses, calling on the occupants to leave.

The leaflet proves that the population opposed the occupation openly and that even in this tedious and difficult situation, a sense of humor was not lost.

The flyer was exhibited at the exhibition, “…And tanks arrived/” Prague, National Museum, 2008.