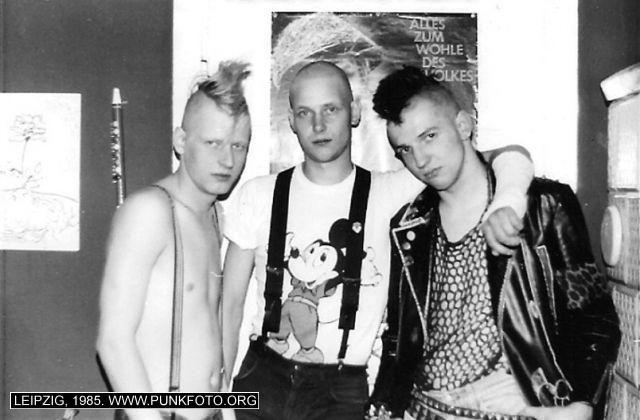 L'Attentant was one of the most well-known punk bands in the GDR, being active from 1983 to 1989 in Leipzig. Previously, the band played under the names ‘Wutanfall’ (Tantrum) and ‘H.A.U.’ (Halbgewalkte Anarchistische Untergrundbewegung meaning half-felt anarchist underground movement). The original line-up included Maik Reichenbach (bass), Imad Abdul Majid (guitar) and Bernd Stracke (vocals). Stracke and Reichenbach were arrested (and deported to the Federal Republic of Germany). Majid had served as an unofficial collaborator for the Ministry for State Security.