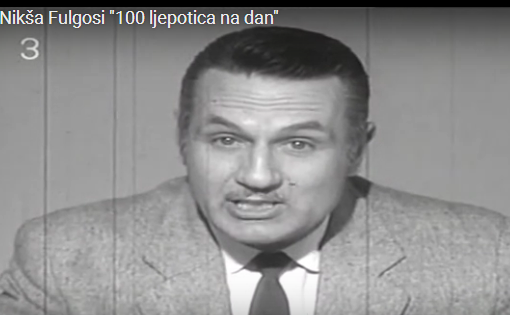 As part of the celebration of the sixtieth anniversary of Croatian Television, HRT published a second amended and revised edition of the Lexicon of Radio and Television, and on its HRTi Multimedia Platform it marked the work and character of Nikša Fulgosi, the legendary screenwriter, editor and author of the first documentary television series on sex education Ljubavni jadi Pepeka Gumbasa i Marijete Buble [The Romantic Problems of Pepek Gumbas and Marijeta Buble]. The original series was only partially aired forty years ago.